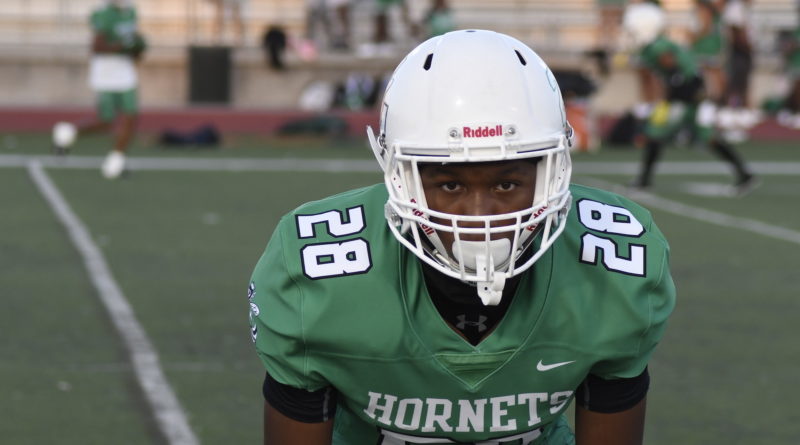 SAN DIEGO, CALIF. — Roderick Robinson showed in Friday night’s 30-13 win over Mission Hills why many think he’s the next big running back to emerge from the San Diego Section. Below are five takeaways.

Despite a 17-point win over Mission Hills, Lincoln head coach David Dunn voiced his displeasure with some of the penalties committed by the Hornets while talking to his team postgame.

“We feel great,” Lincoln junior running back Roderick Robinson said. “He’s proud of us, we’ve just got some things to clean up and get better and get ready for next week.”

Junior safety Hunter Wiggins led a great effort on the defensive side of the ball, keeping Mission Hills out of rhythm all night and forcing the Grizzlies into two interceptions.

“I think we came out great,” Wiggins said. “We played smart, we played confident, I believe we left some on the table, we could’ve put up some more points, but the defense was locking down and we were doing everything we could.”

Lincoln traveled to Los Alamitos last week and gave the Griffins all they could handle, falling 21-17, after they were unable to convert a fourth down attempt in the red zone late in the game. The Hornets weren’t satisfied with the result but were able to take positives out of it, being able to compete with one of California’s top teams.

“It’s gonna help us tremendously,” Lincoln junior safety Hunter Wiggins said. “We know that we played the number six team in California, we came out with a chip on our shoulder, and it was a close game.”

The Hornets showed no lingering effects of last week’s loss on Friday, slowing down a Mission Hills team that entered 2-0 with two wins over Southern Section opponents.

“Knowing that we were right there, knowing that we didn’t play our best game, starting off slow in the first half and finishing strong, it makes us feel great,” Lincoln running back Roderick Robinson said. “Knowing that we can hang with the best of the best.”

Lincoln junior running back Roderick Robinson continues to be the bell cow for the Hornets. He carried 23 times for 130 yards and scored three touchdowns on Friday.

“My linemen did everything for me,” Robinson said. “They opened up the hole and I just had to run. My receivers blocked well; I couldn’t be more thankful.”

Junior safety Hunter Wiggins grabbed two interceptions on Friday, both occurring once the Grizzlies had moved the ball into Lincoln territory. The first came late in the second quarter and led directly to Robinson’s second rushing touchdown of the game.

After Mission Hills cut the lead to 23-13 with just over five minutes to play, Lincoln responded right away with a kickoff return for a touchdown by senior Oregon commit Jalil Tucker that sealed things up for the Hornets.

Lincoln has positioned themselves well to try and grab one of the four spots in San Diego’s open division playoff bracket. The Hornets will be sizable favorites in each of their games leading up to the regular season finale against Cathedral Catholic.

Mission Hills is still in the mix for an open division spot but can’t afford many more losses along the way. They’ll take on Carlsbad, the second ranked team in San Diego, in two weeks and will have challenging games against Torrey Pines and El Camino later in the year.