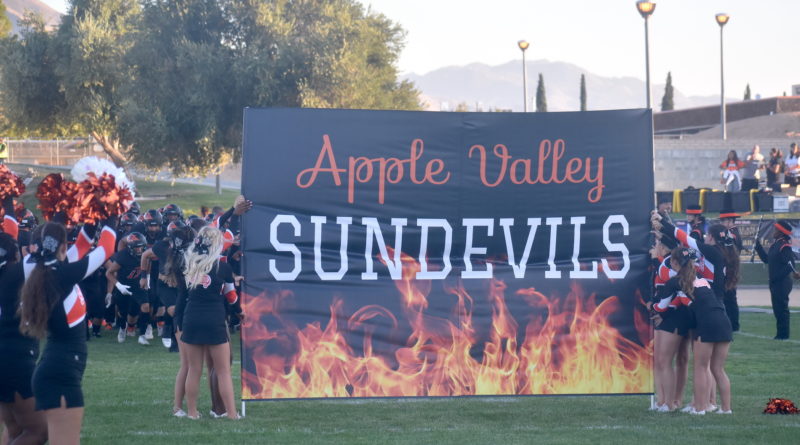 Apple Valley came into the 2021 season with huge ambitions and its first chance to play some of the top football programs in the Southern Section. The Sun Devils came up just short in heavyweight clashes with Mission Viejo and Rancho Cucamonga, but they’ve now picked up the marquee win they were looking for in the form of a 27-14 victory at Murrieta Valley.

AVHS did a lot of its damage on the ground in this one. 4-star Michigan commit Jayden Denegal completed 11 of 15 passes for 145 yards, and had 10 carries for 57 yards and two touchdowns. Kaleb Most also ran for 98 yards and two TDs for the Sun Devils.

Offensively, this was a bounce-back game for Apple Valley after last week’s 27-19 loss against Rancho Cucamonga. In that loss, the Cougars gave them an outstanding effort defensively, but it was also something of an off-night for the Sun Devils on offense. Against the Nighthawks on Friday, Apple Valley was without two starting offensive linemen – RG JD Reed, who is banged up and just played his primarily role as NG, and C Ty Johnson. They were replaced in this one by Layne Johnson and Jayden Macias, respectively, who stepped up in a big way. The Sun Devils’ O-line also benefitted from the return of RT Alex Arias, who was out the prior week.

The victory was yet another outstanding defensive showing for Apple Valley. With Denegal squaring off against 3-star Utah commit Brandon Rose and 3-star WR Tiger Bachmeier, among other talented members of Murrieta Valley’s consistently explosive offense, this had the potential to be a barn-burner. But the Sun Devils held the Nighthawks to 14 points, the least they’ve scored since 2019. Only Vista Murrieta and Oaks Christian have held them to fewer points going all the way back to 2015.