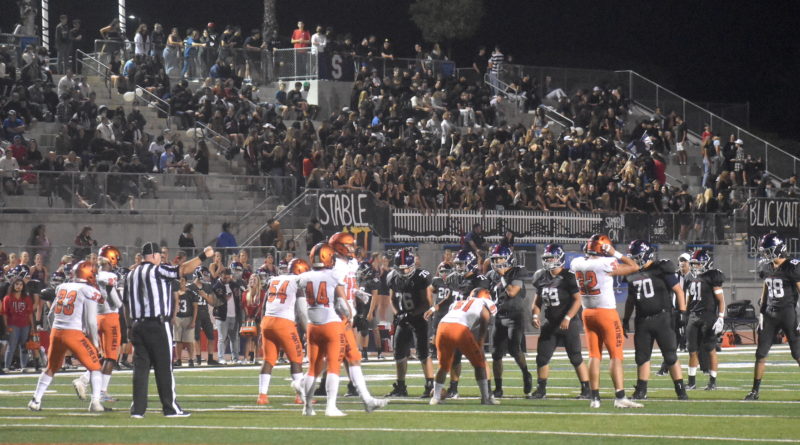 YORBA LINDA– Tyler Kovalcin was one of numerous Mustangs to show out on Thursday to outlast Orange in a 50-43 battle of offensive fireworks.

The senior running back broke out for 140 yards and two touchdowns on the ground, and also turned on the jets for a kickoff return touchdown from deep in YL territory. William Saucedo also had a great night running the ball for the Mustangs with two rushing touchdowns. QB Reyn Beal continued his stellar junior campaign throwing for 276 yards and a touchdown to JJ Conrad on 17-23 completion, and Garrett Gonzalez caught for 98 yards. Dylan Gardner had a fourth-quarter interception for Yorba Linda.

Orange sophomore RB Kobe Boykin had a monster night in the loss, running for three touchdowns and over 200 yards. Panthers QB Zachary Siskowic threw for 233 yards and two touchdowns to Jonathan Smith, who caught for 121 yards.