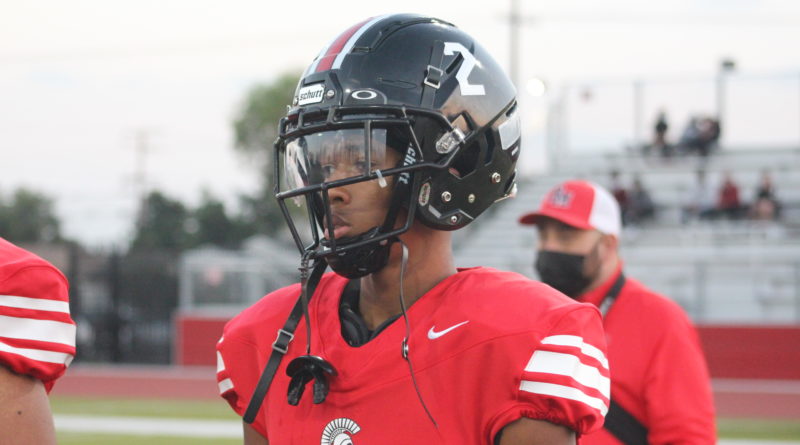 DOWNEY, CALIF. — Jordan Shaw showed why almost all of the Pac-12 wants the junior’s services at the next level in St. Pius X-St. Matthias Academy’s 40-14 win over Reseda on Thursday night. Below are three takeaways.

Washington State and Cal offered Shaw scholarships this week and it’s easy to see why he’s received so much recruiting attention. The junior defensive back has great speed, which he used to score two touchdowns against Reseda. The first came on a shifty punt return in the second quarter to put the Warriors up 14-7 (see below) and his second was a 13-yard reception. On both plays he blazed past would be tacklers.

The last time there were football playoffs in the LA City Section in 2019, Reseda won the Division 1 title. This year’s team has the potential to contend for that crown again this season, but the Regents need a lot more practice. They missed their first two games of the year and a handful of practices due to COVID-19 protocols and their lack of game action and preparation time showed — they were whistled for double digit procedure penalties.

Quarterback Anthony Morris showed potential as a runner with a long first quarter scamper and one-yard TD plunge in the third quarter. He’s a new starter who doesn’t have command of the offense yet, but expect that to improve as Reseda gets more practices and games under their belt.

Reseda’s other top player on Thursday was Jason Wagner. The senior rushed for a first quarter eight-yard TD and played well on defense at cornerback.

OTHER TOP PERFORMERS FROM PMA

In addition to Shaw, Nate Frazier was another top player for St. Pius X-St. Matthias Academy. The sophomore hauled in two TDs from junior QB Dieter Barr. Senior Geoffery Brown also stood out. He made a nice play on a ball to intercept Morris in the third quarter.

PMA will look to improve to 4-0 next week with a game against South Torrance.

“We can always get better every practice,” Thomas said. “We have to come out every week and we have to get better. We’re still not there yet.”