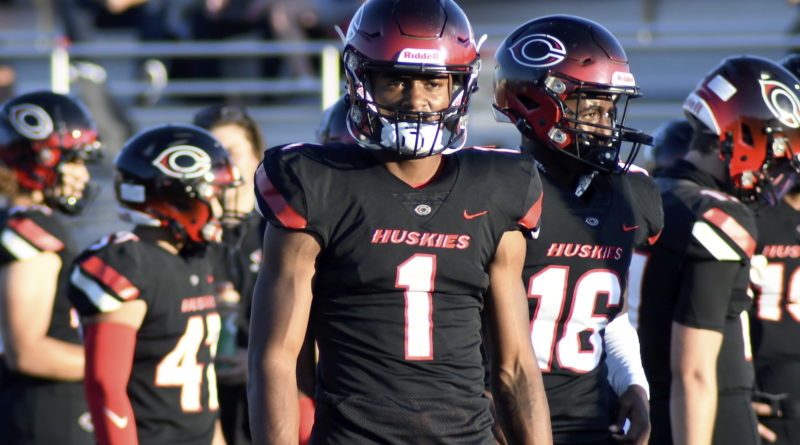 Corona Centennial and Sierra Canyon, two of the top teams in the Southern Section – and the state – head down to Cathedral Catholic in San Diego on Saturday for a neutral field matchup that should be one of the best non-league games in the state this season.

This should be an evenly-matched battle between two of northeast Orange County’s finest. What makes it particularly intriguing is that the last time these two teams met – two years ago to the week – Orange took Yorba Linda to double-overtime after a wild fourth quarter comeback got them back in the game from down three scores. The young Panthers don’t have many remnants from that team, but that doesn’t mean they won’t come out looking for revenge.

Damien came up just two points short last week against the reigning top team in the Angelus League, Loyola. This week the Spartans get a crack at the reigning second-place team in that same league, St. Francis, which is coming off a high-scoring win against Mira Costa. The battle for controlling the pace will be a key factor, as St. Francis is usually at its best turning every quarter into a track race, where as Damien has succeeded playing at a more defensive pace in recent seasons.

Oaks got blown out surprisingly badly by Chaminade to start the season, but was much more competitive last week in a 21-9 loss against Sierra Canyon. A hungry Lions squad against the top-ranked team in Colorado? Nothing more needs to be said.

Just like with the first game in our countdown, these teams last met two years ago to the week, in which Norco won a 59-44 shootout between two of the most explosive passing attacks in SoCal. Coming into this past weekend, Rancho would’ve been considered such a big underdog against Norco that this game might’ve been an afterthoughts, as Norco has beaten Vista Murrieta and now Santa Margarita by multiple touchdowns each. But now that RCHS registered a monumental comeback win at Apple Valley, they clearly can’t be counted out against anyone.

Here’s one thing you can bet the farm on: the Cougars will win this game.

Speaking of Chaminade, the young and feisty Eagles have been so impressive in blowout wins against Oaks Christian and Birmingham that they just might have a fighting chance against the San Diego Section juggernaut. Cathedral is more vulnerable than expected right now after getting blown out by Corona Centennial. The Dons remain the massive favorite here, but they could be in trouble without a much better effort this week.

After coming into the season as something of a wildcard, OLu has had one of the more impressive starts to the season of any upper-division Southern Section team. The Lancers turned heads with a 31-20 win at Serra (Gardena) in Week 0, and followed it up with a 21-7 win against Upland last week. They won this matchup 17-14 in 2019, but both of these squads have higher ceilings than they did that season. Expect another close game, but perhaps with more fireworks.

The Sun Devils front-loaded their schedule with three Division 1/Division 2 teams in Mission Viejo, Rancho Cucamonga, and Murrieta Valley. So far, they’re 0-2 after two very competitive losses, but this could be the week they break through as they head south to the opposite end of the Inland Empire. Murrieta Valley hasn’t been tested yet with just a blowout win under its belt, but both of these teams are about to be tested on Friday.

Also, if you like QB duels, this is the game for you. Both teams have one of the best and most highly-rated senior QBs in the state, with Michigan commit Jayden Denegal under center for Apple Valley and Utah commit Brandon Rose running the show for the Nighthawks.

Mission Hills has already beaten two very good Southern Section teams, with a 24-13 win against Chaparral and a 42-7 rout of Palos Verdes. Now the Grizzlies move on to San Diego Section competition, and they take on another CIFSDS contender in Lincoln that nearly knocked off Los Alamitos last week. This could emerge as a game of the year candidate for the section’s regular season, and will have major playoff implications as well.

Here we have a no-brainer blockbuster between two traditionally elite programs both coming off tough losses. Poly dropped a nail-biter against Serra (Gardena) in a game many expected them to win, whereas Mission Viejo was the underdog against Servite but was not expecting to be blown out by 37 points. Mildly-favored MV will have a size advantage whereas the Jackrabbits are ridiculously fast. Both of these teams have Division 1 aspirations, making this a can’t-lose matchup for both.

Two of the top teams in the section and state head down to Cathedral Catholic on Saturday for a neutral match that might be the section’s top non-league game of the year. After the trouncing Cen10 gave Cathedral Catholic last week, it’s hard not to call the Huskies the favorite here, but it’s Sierra Canyon. These teams need no introduction.

Also, after these two schools met in the CIFSS Open Division basketball championship just a few months ago, it’s hard to say that doesn’t make it even more intriguing. The Huskies took Sierra Canyon’s basketball crown for now, but the Trailblazers have the opportunity to notch one of their biggest regular season football wins ever against an even bigger name when it comes to the gridiron. Grab your popcorn.