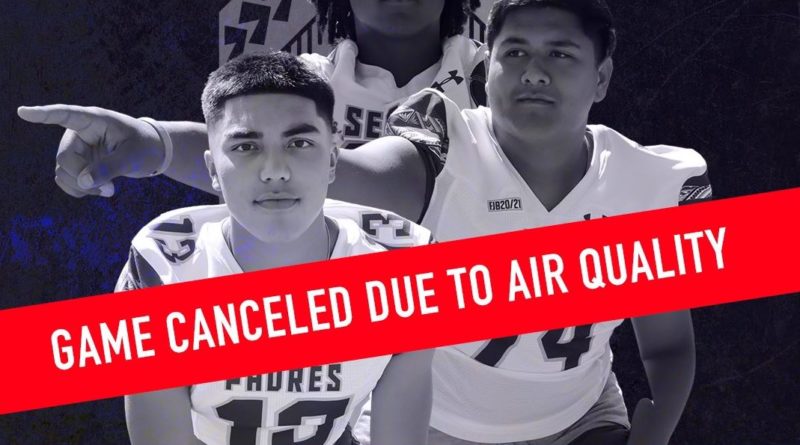 Friday night’s Northern California high school football showdown between No. 12 Pittsburg and No. 11 Serra (San Mateo) has been canceled because of poor air quality due to wildfire smoke.

The Air Quality Index in Pittsburg, where the game was scheduled to be played, spiked to 175 around 3 p.m., which is considered unhealthy.

The Serra-Pittsburg matchup was one of the most anticipated games of the weekend across the state, with both teams bringing back significant experience and talent on both sides of the ball. Serra quarterback Dominique Lampkin and do-it-all playmaker Hassan Mahasin are poised for big seasons, while Pittsburg quarterback Jaden Rashada is one of the top Class of 2023 QBs in the nation.