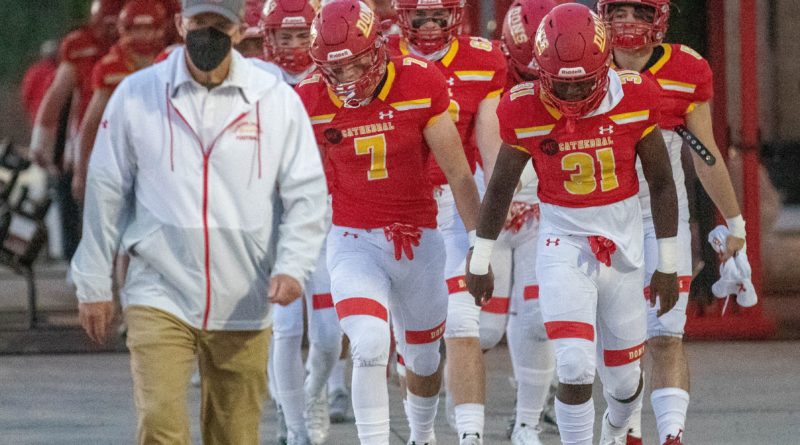 The first week of official contests in Southern California high school football has already come and gone, but the season is just getting started. Week Zero produced plenty of exciting battles between formidable teams, but Week One’s slate is one of the deepest all season in terms of potential thrillers.

Here’s a look at the top Southern California games this week (Aug. 26-28).

Both of these teams are coming off down-years in the spring, and are now looking to build on statement wins in Week 0. OLu shocked Serra (Gardena) 31-20 on the road, and Upland shut out La Habra 13-0 after La Habra went undefeated in the spring with a young offense. There’s not a lot more to say about this one, but each of these teams play a tough enough schedule to know that every pre-league win is meaningful.

Here’s a potential Division 2 playoff preview between two ambitious teams that have been rising fast. Damien turned heads nearly every week in the spring, going 5-1 with numerous high-profile wins. But the Spartans will be the clear underdog hosting a Cubs team that went undefeated in the spring after an energizing run to the CIFSS Division 4 finals the previous season. Loyola lost narrowly to Inglewood last week, but having already played another CIFSS heavyweight down to the wire only gives them more of an edge on Thursday.

Coming off an eye-opening 4-0 spring campaign, Eastlake is riding even higher after a 10-6 statement win against Steele Canyon. Poway is a slight underdog after dropping its season opener 14-10 against a very good Granite Hills team, but the Titans should be good and ready for another low-scoring defensive battle.

On paper, that doesn’t give Alemany much of a chance now heading into the home field of the top-ranked team in the country, but the Warriors are too talented for this not to be very intriguing.

Poly won this match 28-21 in an overtime thriller to open last season, and will be the favorite here again. This time, the Cavaliers already got in a game first, which they dropped 31-20 at home against Orange Lutheran to debut their new turf field. They’ll have another chance this week, but with TE Bradley Kakazu out for the season and now Rodrick Pleasant, Kwame Hampton, and Darrian Anderson all potentially out, they’ll face much steeper odds.

Both of these squads started the season with a bang defeating very good teams in their area. SM cruised past San Juan Hills 38-14, and the Cougars pulled away late to beat Vista Murrieta 42-26.

This time, the Eagles head to the Inland Empire looking to record what in would arguably be their most impressive win in the Anthony Rouzier era to date. Additionally, this could very well be a make-or-break game for their chance at a Division 1 playoff bid. For Norco, this is a great chance to prove that their ceiling is still yet to be determined after an underdog Big VIII League title in the spring. And if the Cougars are thinking about Division 1, they’ll almost certainly need this game.

A number of Servite’s top players were around in 2019 when the Diablos just barely edged them out in a 38-35 Division 1 playoff thriller. The stakes aren’t so high in this year’s rematch, but you can count on the heavily-favored Friars to come in with a revenge mindset – at least their seniors. This has the potential to be one of Servite’s highest-profile wins in recent years, but if Mission Viejo pulls off the upset, it will be their stock that goes through the roof.

Many are aware that Apple Valley has rocketed up the ranks of the Southern Section’s best teams very rapidly in the past few years. But after dropping their season-opener against Mission Viejo in the fourth quarter, the Sun Devils are still awaiting their first particularly high-profile victory from a section-wide standpoint. Last season’s win against Culver City was huge in that sense, but a win against down-the-hill heavyweight Rancho Cucamonga would be the biggest in school history by leaps and bounds. They would’ve had their chance at Rancho last season before league play if not for the pandemic.

Meanwhile, the Cougars are more of a question mark this season than in many recent seasons, and are actually the underdog based on rankings heading into Newton T. Bass Stadium on Friday. Additionally, they only got three games in last season, and had to cancel their season-opener against Roosevelt (Eastvale) due to COVID-19 concerns. If Rancho has to sit this one out as well, expect Apple Valley to seek out another big-name opponent.

With Cathedral considered by many the odds-on favorite to win the San Diego Section this year, the Dons’ have a lot of cross-section pride riding on this one. They shocked the perennial Southern Section Division 1 contender 44-41 in 2019, and won’t be going under anyone’s radar coming into this year’s meeting. This matchup will likely have no bearing on Cathedral’s sectional playoff seeding, but it could impact state playoff seeding quite a bit looking ahead to bowl games if San Diego’s top team has a surprisingly good or bad showing against the Huskies.

High school football fans across the country have long been clamoring for more clashes between California and Texas superpowers. Because of the rarity of such battles, Texas programs have had a lot of trouble garnering national championship votes in the past several years, not including small and medium-school championships. And fans everywhere have been missing out on some of the most exciting out-of-state spectacles possible.

So with that said, it doesn’t get much bigger than this. Duncanville has long been one of the best all-around sports schools in the country, and in the last few years, its football program has risen to the level of eliteness at a national level that the Panthers and Pantherettes have seen in other sports such as basketball. Now they get to host none other than Mater Dei in a game that could have national championship ramifications. And SBLive will be there covering it.