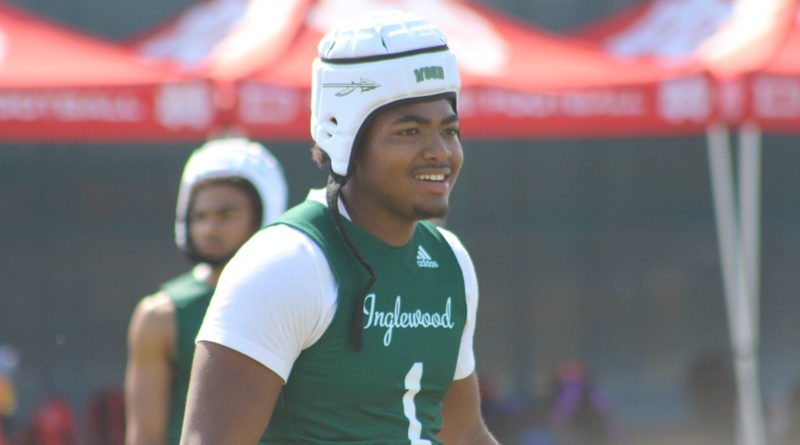 After the first week of action, here are SBLive’s Top 25 California high school football rankings. The statewide rankings span all 10 sections and are compiled by reporter Connor Morrissette. They will be released every Monday throughout the fall 2021 season.

Mater Dei will be loaded once again this fall. The Monarchs have a California-best six players on SBLive’s Preseason All-State team. St. John Bosco got the edge over Mater Dei for our No. 1 spot due to having better depth, but both teams are stacked. The Monarchs top recruit is 2022 five star cornerback Domani Jackson, a USC commit. Mater Dei meets St. John Bosco in the regular season on October 1st. The two teams have met in the CIF Southern Section championship game every year the game has taken place since 2016.

De La Salle’s win streak against Northern California opponents is now up to 316 games. The top player for the Spartans this season is 2022 defensive back Zeke Berry, an Arizona commit.

The Friars have one of the best offenses in the country and that was on full display in their win against Edison on Friday. Senior Arizona commit Noah Fifita threw three TDs. He tossed two to Oregon commit Tetairoa McMillan and one to Arizona commit Keyan Burnett. Senior running back Houston Thomas also rushed for four TDs.

The Dons started their season a little slow in a 28-14 win over Torrey Pines, a team they were expected to beat by a larger margin. This season, Cathedral Catholic brings back virtually everyone from a team that outscored opponents 223-14 during California’s spring season. The Dons’ top player is 2022 defensive lineman Jaxson Moi, a Cal commit. They’ll look for an improved performance on the road against a very good Corona Centennial (Calif.) team this week.

The Trailblazers started a little slow, but rallied to beat JSerra 40-14. Terrell Cooks had nine carries for 103 yards and two TD’s.

Head coach Matt Logan is high on his team. The Huskies have a strong defense led by star cornerback Jaden Mickey, a Notre Dame commit.

This year’s Long Beach Poly team should be head coach Stephen Barbee’s best so far. Senior Shea Kuykendall and sophomore Darius Curry, a transfer from St. Bernard, will both play at QB.

The sky is the limit for a Serra offense that brings back QB Dominique Lampkin and do-it-all playmaker Hassan Mahasin.

Pittsburg has a very challenging schedule, but they have a blue chip QB in 2023 gunslinger Jaden Rashada.

Sophomore QB Julian Sayin threw three TDs in a 35-14 win over Great Oak. He did throw two interceptions though.

Apple Valley hung tough with Mission Viejo, but eventually the Diablos went on to win 44-21. Kadin Semonza connected with KJ Reed for a 49-yard passing touchdown in the game.

Rocklin beat up Turlock 41-0. Star D-lineman Bobby Piland had four tackles for loss, one sack, one forced fumble and one fumble recovery in the game.

Alemany traveled to Utah to take on Lone Peak and lost 31-24.

Inglewood beat Loyola 29-26 to enter this week’s rankings. Louis Brown caught a TD in the win.