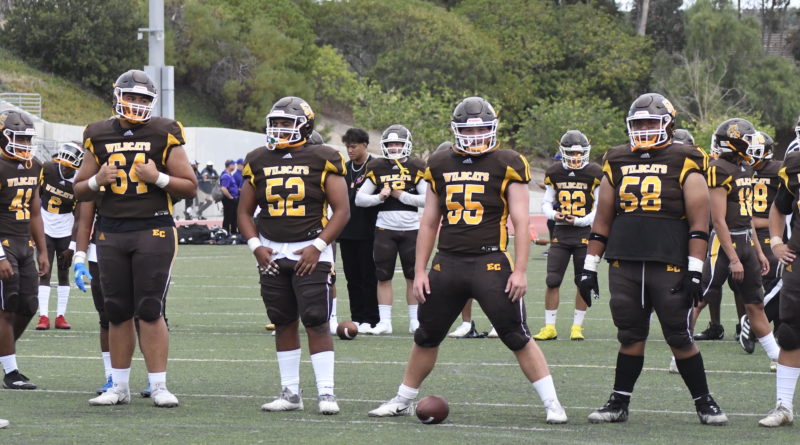 The first week of the San Diego Section high school football season took place this weekend. Here’s everything you need to know.

No. 1 Cathedral Catholic started their campaign on the road at No. 8 Torrey Pines, leading 21-0 at halftime on their way to a 28-14 victory. The Falcons forced the Dons into five turnovers which will need to be cleaned up quickly with road games against Corona Centennial and De La Salle in the coming weeks.

No. 2 Carlsbad played their first of three straight games against out of section opponents, traveling to Great Oak and taking down the Wolf Pack, 35-14.

No. 3 Mission Hills took a similar trip as Carlsbad, traveling to Chaparral in Temecula. Senior receiver Matt Martin notched two touchdowns as the Grizzlies took down the Pumas, 24-13.

No. 4 Lincoln cruised in their opener against Monte Vista, 49-0. Quarterback Jalen Daniels accounted for seven touchdowns (5 passing and 2 rushing) in his debut for the Hornets.

No. 5 St. Augustine took on No. 7 El Camino in week one. The Saints forced El Camino into four first half turnovers but were unable to capitalize offensively, finding themselves tied at seven at the break. After an early third quarter touchdown put the Saints up 13-7, El Camino put an emphasis on their power run game and were able to wear down the Saints in the trenches on their way to a 21-13 victory.

No. 6 La Jolla took care of business against Bishop’s, 42-3. Washington commit Jackson Stratton tossed four touchdown passes and added another on the ground.

No. 10 Eastlake took down Steele Canyon in a slugfest, 10-6. Senior standout Trey White rushed for the Titans only touchdown and also had nine tackles and a forced fumble.

Rancho Bernardo picked up a strong opening win at San Marcos, defeating the Knights 33-22. The Broncos ran the ball on 36 of their 40 offensive snaps, totaling 266 rushing yards. Senior Frankie Franchina led the way with 178 yards and a touchdown.

Morse rushed the ball 50 times and passed only once in their 38-13 win over Bonita Vista. The Tigers totaled 346 rushing yards.

Granite Hills beat Poway 14-10 in a contest of two teams just outside the preseason top 10 rankings in San Diego.

Scripps Ranch was clicking on all cylinders in their 56-20 victory over San Pasqual. Senior Jalen Shaw had three rushing touchdowns and two interceptions.