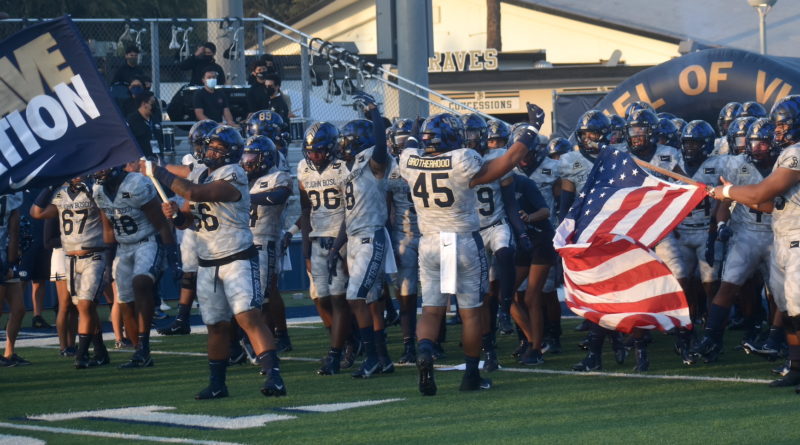 BELLFLOWER, Calif. – St. John Bosco, the top-ranked team in the SBLive Power 25, jumped out to a 21-0 lead against No. 18 Miami Central early in the first quarter on Friday, and the Braves never looked back in a dominant 35-12 season-opening victory.

Ean Pope scored Central’s lone touchdown on a pass from Dylan Tulloch, and Caleb McKenzie had an interception for the Rockets.