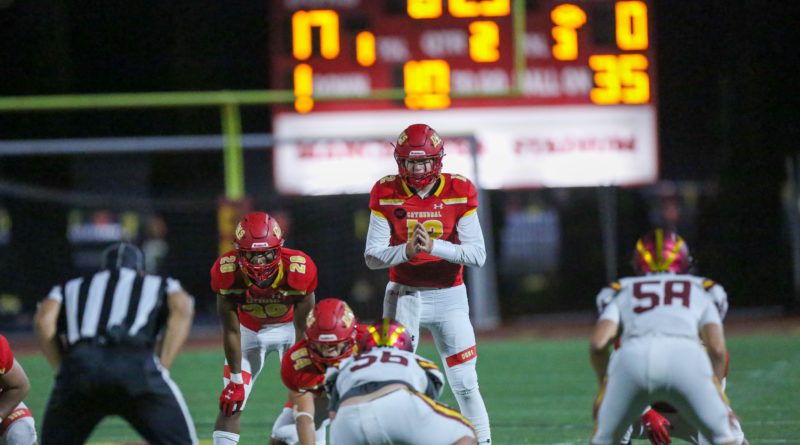 The fall 2021 CIF San Diego Section high school football season kicks off on Friday, and there are multiple storylines to follow. From new coaches to a new playoff format to players and teams to watch, here’s everything you need to know about San Diego Section football heading into the season.

The San Diego Section Football Advisory committee voted to use the CIF Power Rankings system to seed the teams this postseason. The chart below illustrates how teams will collect points throughout the season. The number of “power ranking” points achieved is then divided by the amount of games played to create an average.

We recently released our SBLive preseason All-San Diego Section team. Cathedral Catholic has the most players on the team with four.

Neil Breight is the new head coach at Tri-City Christian after previously serving as the offensive coordinator at St. Augustine.

Former NFL linebacker Stephen Cooper has taken over as the head coach at Francis Parker School.

Paul Lawrence was named the head coach at University City,

Chris Holmes takes over as the head coach at Grossmont after previously coaching at Granite Hills.

Jimmy Clark was named head coach at Olympian. He was previously an assistant at Chula Vista.

Mitch Donnelly was promoted to head coach at Westview after the resignation of Jason French.

Charles Bussey is the new head coach at Valhalla after previously coaching at La Jolla.

Brandon Harris is the new head coach at Canyon Hills. He previously coached in Arizona.