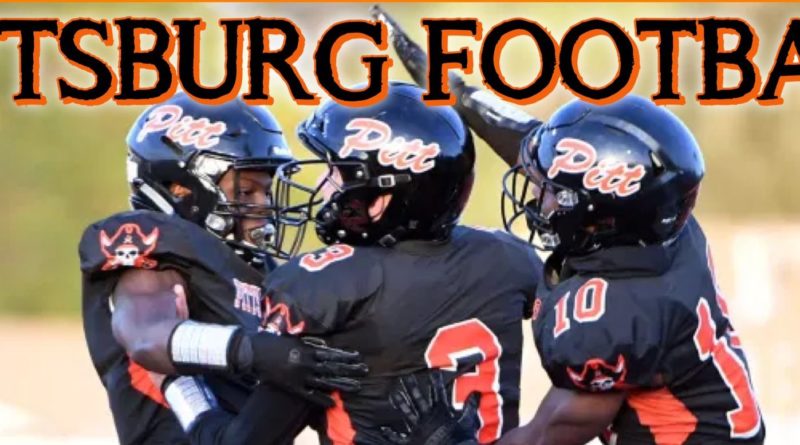 SBLive is previewing the Top 50 high school football teams in California ahead of the fall 2021 season. Here’s an inside look at the Pittsburg Pirates of the CIF North Coast Section, the No. 12 team in our statewide countdown.

Coach Galli: “He’s a four-star recruit, one of the top guys in the country. This is his show now. He’s lights out, as good as advertised.”

Coach Galli: “The moment wasn’t too big for him as a freshman. That’s one of his biggest things, his maturity. He can handle big moments. It’s too bad he got hurt last year, because he was ready to make a big jump, but now, he looks awesome. He’s a very special talent, works hard at his craft, a big-bodied receiver who catches everything and runs good, crisp routes.”

Coach Galli: “He came in with high expectations, and I think last year was disappointing for him based on his standards, so he made it important this summer to excel at his craft, and you can see it. The player he is right now compared to what he was in the spring is night and day. He’s really upped his game, and we’re expecting great things from him this year. The sky’s the limit.”

Coach Galli: “He really surprised us last year, and he’s definitely piqued a lot of interest from colleges. He’s another special one, a tough-nosed kid with a great football IQ. He leads our defense as the middle linebacker.”

Coach Galli: “He was an excellent linebacker for us last year, but he’s someone who’s so much better now for having had an offseason. He’s another guy who’s made key improvement.”

Coach Galli: “Pound for pound, probably our best lineman on both sides of the ball. He was a unanimous first-team all-league selection at defensive tackle. A nasty, tough dude, a great high school football player who has the grades and could play at an Ivy League school or a military academy.”

Coach Galli: “One of the fastest guys in Northern California. Has enormous potential.”

Coach Galli: “A starter on both sides of the ball. Was a first-team all-league offensive lineman. Tough, athletic, a tweener as far as a lineman at the next level, but his skill set is really good. He has good hands, good feet, and can play anywhere along the offensive line.”

Coach Galli: “He has NFL bloodlines (grandfather Altie played for the Detroit Lions; dad Tyrone played in the CFL). Khai is a lot like Rashid, a pretty polished receiver and a good player on both sides of the ball.”

Coach Galli: “Another guy that has enormous potential. Fast and strong, I think he’s going to open a lot of eyes this season. Just a very gifted athlete and one of our strongest receivers as well.”

Coach Galli: “He took care of business to be able to get back on the field this fall. He’s an electrifying player. He’ll be someone to reckon with on both sides of the ball.”

Coach Galli: “He was the starting freshman quarterback, but he’s a big-time baseball prospect who didn’t play last year to focus on baseball. We got him back a few weeks ago, and he can play literally anything — D-line, linebacker, safety, receiver, tight end, quarterback, running back. He’s too good of an athlete, we’ve just got to get him on the field somewhere.”

Coach Galli: “He looks really good at receiver. We have lot of juniors there, but he’ll be the senior who’ll get significant minutes and be a top guy for us.”

Coach Galli: “He was my ballboy when his brother (Adjae) was one of our top receivers. He’s another guy who will play both sides of the ball, but he should be one of our lockdown corners. That’ll be his main thing this year.”

Coach Galli: “He starts on both sides of the ball. He’s a tremendous worker, a weight room junkie.”

Coach Galli: “In my 20 years at Pittsburg, he’s one of the most impressive freshmen that I’ve had the chance to be around. He’s just a really good-looking athlete with a great catch radius. I can only imagine how good he’s going to end up being.”

Coach Galli: “He’s got a high football IQ, is very coachable. He just gets it. He’s going to play four years on varsity and has an opportunity to make an impact on our defense this year.”

The quarterback situation couldn’t be in finer hands. Rashada, who transferred to Pittsburg from Florida’s IMG Academy last August, split the quarterback duties almost 50-50 with Brickhandler, himself a transfer from Whitney High School in Rocklin.

With Brickhandler now plying his trade at a prep school in Oklahoma, the job is Rashada’s alone. The four-star recruit, No. 6 on 247Sports’ junior recruits list for California, had an up-and-down season in the time share, but with Williams — who missed all but two quarters of the spring season with a separated shoulder after having a stellar freshman season — and Brown, who sat out 2019, back in the lineup, Rashada will have an overflowing arsenal of weapons.

The Pirates’ vaunted junior class arrives a year early and combines with a small but talented group of seniors to carry them past the North Coast Section playoffs and into the CIF State Football Championship Bowl Games as one of Northern California’s two Division I representatives. The Pirates certainly have the personnel to barrel through a grueling nonleague schedule that includes four NorCal powers, including their opener against Serra-San Mateo, and five opponents who combined to go 22-2 in the spring. That opening stretch should toughen the youngsters for an inevitable playoff run.

The Pirates, believe it or not, are the last NorCal team to beat De La Salle — that was 30 years ago in the 1991 NCS final. While we’re not predicting that they’ll shock the world by knocking off De La Salle, a third consecutive Bay Valley League championship is almost a foregone conclusion (they’ve gone 64-7 in league play and finished first or second in the Bay Valley every year since 2007), with another deep NCS playoff run a near-certainty.

“It’s a very talented group. We’re deep at certain positions, deep at receiver, and with the depth we have, we’re very interchangeable and are going to be able to give each other breaks on both sides of the ball. We have a couple of seniors who will be key contributors, but for the most part, we’re young, really young.”

“We’re senior-heavy on the line. It’s a tight-knit group that’s really put in the extra time together. They’re really a band of brothers.”

“We are sitting on a pretty talented team that has the potential to do something special, but realistically, outside a few players, we haven’t played significant varsity minutes. We didn’t play any heavyweights last year. We were happy to have a season, but with COVID, our last significant games were in 2019. So, on paper, we look pretty good, but we have a lot of young, unproven guys. We lost a lot of key starters. Our whole secondary is gone, and we had some really good players there. We scheduled some pretty good opponents, so we’ll be battle-tested and ready for the playoffs. We’ll have been through adversity and be better equipped to handle it.”