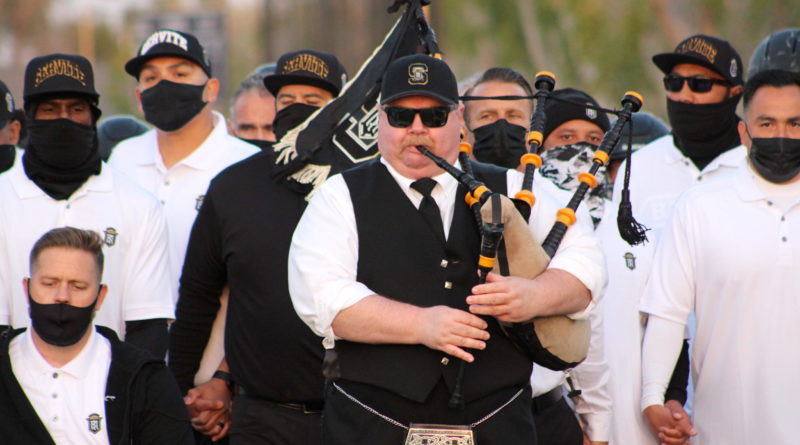 SBLive is previewing the Top 50 high school football teams in California ahead of the fall 2021 season. Here’s an inside look at the Servite Friars of the CIF Southern Section, the No. 5 team in our countdown.

Fifita enters his third season starting under center for the Friars. In the spring, he completed 90 of 133 passes for 1,263 yards, ten TDs and two INTs. He also carried the ball 37 times for 130 yards and 11 TDs.

Thomas on his QB: “Noah is doing a good job of leading our group. Him and TMac have made huge jumps with their leadership. They’ve each said some really good things at the right time. He’s usually a quiet guy, but he’s taking that next step as a player and leader.”

Thomas, who is Troy’s son, had 57 carries for 229 yards and six TDs in the spring. Peña didn’t play much tailback last season.

Thomas on his RBs: “Houston has a shot to have a good year. Nathan will see some time too and also play defensive back.

McMillan is the best receiver in the state. In the spring, he caught 26 passes for 487 yards and four touchdowns. In a game against Mater Dei, he drew six pass-interference penalties. Burnett was injured in the spring and missed a few games, but still hauled in a touchdown. Welsh is a solid third option at receiver and Mosley is an emerging national recruit.

Thomas on his pass catchers: “TMac is leading now. He’s been a quiet kid and now I really like what he’s doing leadership wise. I feel really good about that. It’s going to make a big difference with our program and on our team. We’re going to use Keyan in a bunch of different ways. He’s a hard working kid. He made some real high effort plays last season in the games and that’s just how he practices. He’s a tough cover because he’s so big. He’s a good blocker too. He takes that part very seriously. He’s doing really well. Mikey Welsh will have a great opportunity because T-Mac and Keyan will attract a lot of attention from some really good cover guys. Mikey takes catching the ball personally. He’s a great receiver. He’s coming into his own. He’s a two year starter. Emmett and T-Mac will both end up playing some defense for us too. Initially, they’ll split some time in the secondary and then play receiver too. Emmett is going to have a big role offensively. He’s dang good — he’s really good. You can just see that he’s special. He’s very fluid and very smart. He’s a high effort guy.”

Servite will have a solid offensive line with Laban leading the charge, but depth is a concern.

Thomas on his OL: “Josiah has had some great battles with our best d-lineman and he’s holding his own. He was an All-League player last year. He’s so technically sound and will most likely be moved to center. He played guard last year. I think he’s going to end up being a scholarship player somewhere. People just don’t know how good he is. Vaka will be a breakout player. He played both ways last year. He’s going to be our right or left tackle, I’m not sure yet. He’s huge and super athletic. He can run too. He’ll play some defense and start on the offensive line.”

Graham is the leader of a strong group on the defensive line. He made nine tackles and had two sacks in the spring.

Thomas on his DL: “Mason is on another level this year. Boise got a great player. He’s doing a lot of great things technically. He’s so technically sound. He’s going to play both sides for us. Tuna will play defensive end for us. He’s a very technically sound player too. He’s having a great summer playing really hard and really well.”

The linebacking corps is the most experienced group for the Friar defense. Manu made 37 tackles in the spring and Eckenwiler made 38. Sims had 18 tackles and Burnett made seven tackles as a freshman.

Thomas on his LBs: “All four of our linebackers are back and I feel real good about all of them. The three seniors were All-League guys last year. Manu will be a three year starter. Gage just gets better every day. He’s growing up before our eyes. He’s a hard working kid, every day. He doesn’t say much, but just keeps working. I’m really proud of him. He’s confident and he looks like he belongs after playing as a freshman. He gets better every day and acts like an older player. He’s got a high football IQ. He’s a really smart kid.”

Hurst is the only true defensive back of the group since there are three offensive players being asked to go both ways. Hurst made nine tackles in the spring.

Thomas on his DBs: “TMac and Emmett will be playing both ways initially. Mike’s had a great summer. He’s matching up with T-Mac and Emmett and Keyan every day and when they do catch it against him it’s a tough catch. He’s getting some great work and he’s competing every day. He wins a lot, which is tough to do against those guys.”

GETTING OVER THE HUMP IN THE TRINITY LEAGUE

Servite has finished in third place behind Mater Dei and St. John Bosco in the Trinity League in the last two seasons.

“I feel like we’ve closed the gap in the Trinity League,” Thomas said. “I don’t know where the top teams are at, but I feel good about where we are at as a program. I know our kids are going to play a great brand of football. That’s what we’ve done in those games to make it competitive [the past couple of years]. I believe we’ll do that again. Depth wise, the program is probably not as deep as the top two programs but I think our kids are really talented and if we can stay healthy and keep getting better every week, I think we’re going to give those guys a game, when not a lot of programs have been able to do that over the years.”

The best case scenario for Servite is to get a win or multiple wins over Mater Dei and St. John Bosco in the regular season or postseason. It’s tough to imagine the Friars knocking off Mater Dei and then St. John Bosco in back to back weeks of the regular season and if they were to win a Division 1 championship, they’d most likely face those teams in back to back weeks come playoff time, so a league title or Section title is most likely a long shot.

Could the Friars win one of their games against one of the big dogs though? It’s possible, but more of a best case scenario.

Sierra Canyon will be a tough game for the Friars and so will Mission Viejo, but Servite should beat every non-Mater Dei or St. John Bosco opponent they face this season.

The most realistic scenario is going 8-2 in the regular season, finishing third in the Trinity League, and then advancing to the semifinals of the Division 1 playoffs in the Southern Section and dropping a game to either Mater Dei or St. John Bosco.

“Our seniors have done a great job leading and you see these underclassmen doing a great job of really fighting for these seniors because they’ve treated them well. We have a great vibe on the team. It feels good. We have a really good culture brewing. Obviously we have to get better week by week, but the kids are practicing hard and treating each other respectfully, but still getting after it. They’re really trying to help each other get better every day, which is fun to coach. These kids come to work and they’re serious about it.

“The strength of this team is that they like each other and care about each other. They’re truly playing for each other and I think that when you do that as a team, you can go pretty far. The senior leadership is a strength too. For us, we’ve got to get out there and play and see where our weaknesses are. It’s hard to evaluate ourselves after only going against ourselves every day. Playing a tough non-league schedule will get us ready. That’s what we want, a tough preseason. We’re going to have to scratch, fight and claw to win these games and that’s what you want. That’s what you have to do in the Trinity League too.”

For me personally the goal is always the same. It sounds corny, but we have a mission at the school that I believe in and it’s to form faith-filled leaders so that’s always the number one goal. Number two is to win on the scoreboard. If we can do number one, then the scoreboard will take care of itself. I always focus on number one.”