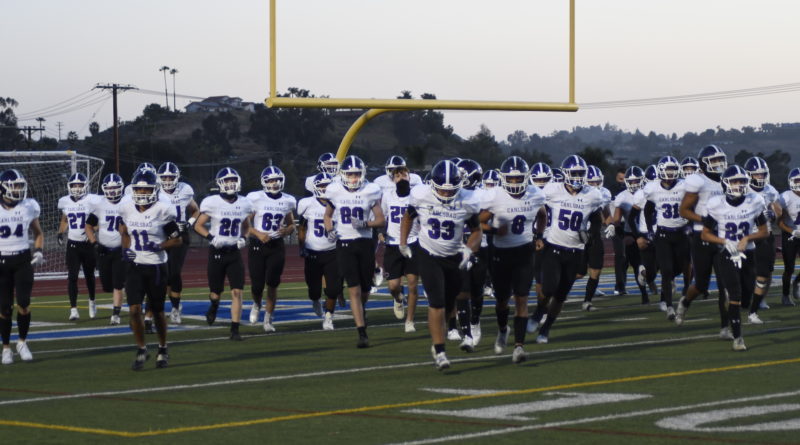 SBLive is previewing the Top 50 high school football teams in California ahead of the fall 2021 season. Here’s an inside look at the Carlsbad Lancers of the CIF San Diego Section, the No. 13 team in our statewide countdown.

Coach MacNeal: “He’ll be a three-year starter, a fantastic player.”

Coach MacNeal: “I think we’ve got the best quarterback in the country. That guy is gonna be really good.”

Sophomore Julian Sayin takes over under center for the Lancers after backing up his older brother Aidan during the spring season. Sayin attended several college camps across the country, picking up offers from Florida, Georgia, Notre Dame and Miami among others.

“He’s so far ahead because he was our backup last year,” Thadd MacNeal said. “He was in every team meeting, every quarterback meeting with all the film and all the terminology. He has such a good grasp on our offense already. What we can do with him is now expand even more for being a sophomore. At the end of the day he’s still a sophomore so he’s learning and growing as well.”

HOW DID THE SPRING SEASON AFFECT CARLSBAD?

“It was fun because we were coming off an open division final and some guys picked up fifth or sixth in our league, but we had all juniors, and I knew these juniors were really good. They had to go out and show it so that’s what was great. We had a really good group of seniors don’t get me wrong, but the spring season just gave those juniors a chance to show they’re pretty good too.”

The Lancers combination of talent and experience makes them one of San Diego’s top threats to dethrone Cathedral Catholic. The Lancers will get started with three straight out of section opponents before settling in with six straight Avocado League games. They appear to be the favorite in the Avocado League this season but will see Mission Hills and El Camino, likely their two toughest opponents in league play, to start the league portion of their schedule.

It would be a surprise to see Carlsbad finish any lower than second in the Avocado League this season which could still be good enough to secure one of the coveted four spots in the open division playoffs. If they were to miss out on the open division, the Lancers would likely be viewed as the favorites in division one.

“Our expectations are to play for a league championship first and then a CIF championship, that’s our goals and what we wanna do. We start off with Great Oak on the 20th and honestly we’re just locked in on those guys. We’ve been in a lot of big games, we’ve got a really tough league, I think our guys are confident and they play with a little swagger to them.”

“We’re gonna be inexperienced at the offensive and defensive line, and we’ve had great kickers the last five years and we have a new kicker so that’s always it. I think some experience in the interior and kicking game has to come through.”