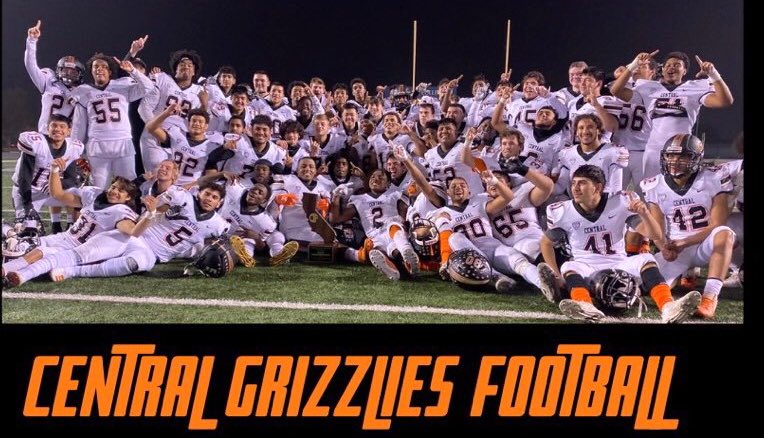 SBLive is previewing the Top 50 high school football teams in California ahead of the fall 2021 season. Here’s an inside look at the Central Grizzlies of the CIF Central Section, the No. 23 team in our countdown.

Tafoya takes the QB reins from DJ Stevenson, who has enrolled at a prep school in Maryland. “He will be a very special quarterback when he is done playing here,” said Biggs.

Both Lindsey and Gaines-Smith started games for Central last season. Lindsey is a big-play threat – he averaged 11 yards per carry during the spring season.

Greene is only in his second year playing football, but Biggs said his “potential is through the roof.” Greene is one of five returning WRs who starte games for Central last season.

Hall, only a sophomore, led the Grizzlies in receiving as a freshman. “He can be scary good,” said Biggs.

The Grizzlies are stout along the offensive line with four returning starters, including Hirschler. An all-league player last year, Hirschler has an offer from Morehead State. “He can be all-state,” said coach Biggs. “He is that good!”

Shelton is a two-time all-state selection and will be Central’s leader on defense.

Coach Biggs believes Hunter will be a heavily-recruited defensive end by mid-season.

Ramirez is a returning all-league linebacker.

Along with Conley, the Carter brothers anchor a talented secondary for the Grizzlies.

After winning a state championship in an undefeated 2019 campaign, the Grizzlies saw their 20+ game winning streak in the TRAC snapped by Buchanan. Still, the Grizzlies have consistently been among the cream of the crop in the Central Section and should once again present themselves as a force to be reckoned with.

The Grizzlies return 12 players with starting experience, including four on the offensive line: Tanner Hirschler, Dominic Castanon, Harmonjot Singh and Jeramy Calvillo. “This could be the best offensive line we have had here in my six years,” said coach Biggs.

Central continues to be one of the teams that everybody looks at as one of the top teams in the Central Section because of their seemingly endless array of talent that they have every season. While the Grizzlies may not be the defending TRAC champions, they will still continue to be in the hunt every season.

The Grizzlies have a rugged three-game stretch starting on August 27 against Damonte Ranch in Reno and ending against Edison of Stockton on Sept 10. If they are able to make it through those three games unscathed, look for the Grizzlies to be full of confidence heading into their TRAC opener against Clovis on October 1 before their shot at redemption when they play the defending TRAC champion Buchanan Bears on October 7.