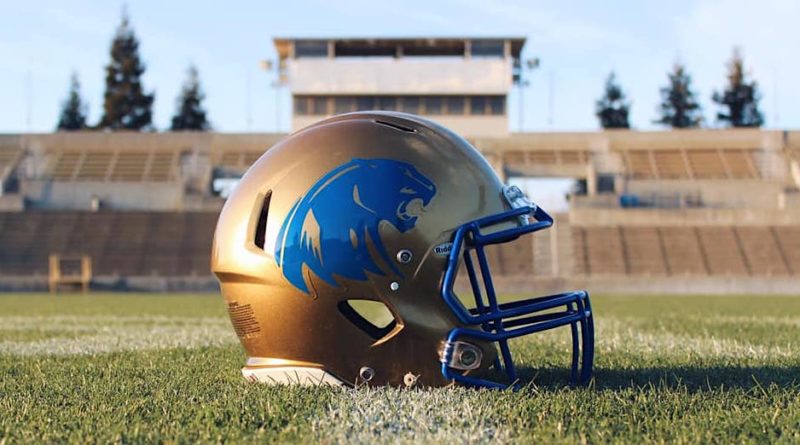 SBLive is previewing the Top 50 high school football teams in California ahead of the fall 2021 season. Here’s an inside look at the Clovis Cougars of the CIF Central Section, the No. 22 team in our statewide countdown.

The reigning SBLive Central Section Athlete of the Year completed 68 of 104 passes last season for 1,022 yards and eight touchdowns. One of the section’s top track athletes, Johnson also ran for five touchdowns and over 300 yards on over six yards per carry.

Risley ran for 722 yards and 11 touchdowns, and also caught for 99 yards and another touchdown. He’s one of the top D-1 breakout prospects on offense in the Central Section, if not the state.

Coach Hammond: “[Johnson and Risley] are both electric and have a ton of chemistry. It’s their sixth season together, as they’ve been a one-two punch since seventh grade. They have a friendly competition too, like who can be responsible for more touchdowns in a game. But not in a way where it hurts the team or anything.”

A 3-star Oregon State commit and transfer from Edison, Mack recorded 85 tackles, seven tackles for loss, three sacks, an interception, and 11 pass-breaks in just nine games as a sophomore in 2019. He can play anywhere in the defensive backfield, but will likely play strong safety the most for Clovis, in addition to some time at receiver.

Viau led Clovis with 413 receiving yards in the spring, and had three touchdown catches.

Coach Hammond: “He’s a returning starter, we’re excited about him. He’s tall, agile… you can throw it downfield and let him make plays happen. A big-play receiver.”

In just three games last season, two of which were against Central and Buchanan, Smith recorded 37 tackles, three tackles for loss, five sacks, and a forced fumble. Hammond says there’s a good chance he’ll make a run at the single-season school sack record this season, and will play mostly DE while also seeing time as a short-yardage running back.

Coach Hammond: “Really high-end track athlete free safety with top-end speed, and he’s also 6-2, 180. I could see him being a scholarship guy.”

Coach Hammond is anticipating a breakout season for his 6-6, 275 left tackle, who he says has the upside to be a national recruit as a senior.

Eckert can play right tackle or right guard, and is expected to be one of the anchors of Clovis’ O-line.

Salsedo had 14 tackles, two TFLs, and a sack in three games last season.

Lafaele was tied for second on Clovis with 20 tackles last season in just three games.

Coach Hammond: “He’s already getting recruited a lot. He’s 6-5, 232 with a great motor, he’ll have a breakout season. We’re super excited to have him back.”

Boragno had 12 tackles and a sack in three games last season, and is also likely to be a bigger factor at TE as a senior.

In three games last season, Christensen had 10 tackles, two TFLs, and a sack.

Coach Hammond: “He’s a Swiss army knife on defense and a maniac on special teams. He plays both LB and a pass-rushing DE.”

Stewart didn’t get much run last season but Hammond expects him to be one of their key offensive playmakers as a senior.

Coach Hammond: “He’s 6-1 but he mostly plays in the slot, like a bigger slot receiver. He’s tall but he’s really smooth and deceptive, like you can throw him a bubble screen and he’ll make people miss. He plays kind of like a running back, not the fastest but quick and difficult to tackle in a short space. A mismatch because of size and speed.”

Clovis was a touchdown away from knocking off both Central and Buchanan to win the TRAC last season, which would’ve been made them the clear favorite to win the CIFCS had there been a postseason. And that was with a very junior-heavy team. Familiar opponents loom large in the playoff picture this fall, and Liberty is another projected title heavyweight, but Clovis is as much a favorite as anybody with all the talent it returns.

Johnson and Risley form one of the very best QB/RB duos in the state, and they’re surrounded by scholarship-caliber talent on both sides of the field. There’s no question that Clovis’ ceiling is an undefeated run through the Central Section Division 1 playoffs, which would make them a major threat to win a CIF 1-AA or 1-A state title.

If the Cougars stay healthy, they’ll be in the mix for a title – even if they end up dropping league games against Central and/or Buchanan in the regular season. The Central Section is too heavy at the top to say that any one team has great odds of pulling it off, between the three TRAC powers and multiple other potential contenders. But Clovis is no longer an upstart – they’re a full-blown championship contender with as realistic a chance as anybody to win it all.

“One of the things with the COVID season was having more sophomores up [on varsity] than usual. We’re bringing back about 15 starters, and this is as experienced as any team I’ve had in 17 years… The kids want to play 15 games, win a regional championship, and a state championship. We’re taking the approach of playing 15 games instead of ‘let’s just see how we do’. It’s a bar they’re setting for themselves, and that’s a positive in every way.

“This is the most athletic team in the 13 years I’ve been here. Big plays and an exciting style will probably be what stands out about this group – whereas previously, a lot of iterations of the team had been great defensively and good on offense, but not as explosive as we’ll be this year. There’ll be an electricity about this group making big plays on both sides of the ball.

“These guys also have a really good ability to regroup. We’re a never-quit team. We’ll be in some exciting games, probably some games where we’re able to come back and never be out of the game because we have so many playmakers on both sides of the ball and on special teams. We’ve had fast teams, but this team is very fast – three of the four runners on the track team’s 4×100 were football players, and they were at one point the top-ranked track team in the state.”