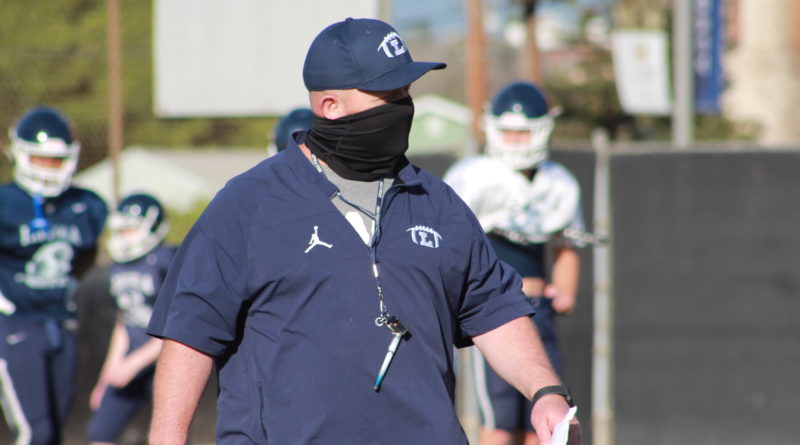 SBLive is previewing the Top 50 high school football teams in California ahead of the fall 2021 season. Here’s an inside look at the Loyola Cubs of the CIF Southern Section, the No. 19 team in our statewide countdown.

Coach Casani: “Sam is a big, athletic and super smart kid. He has great feet and he’s very strong. He’ll be the anchor on the o-line for us.”

Coach Casani: “Jack started for us in the spring and we’re expecting him to have a big season. He should make a big jump.”

Coach Casani: “Peter will be very productive for us. This will be his third year starting. He’s versatile and very smart. He’s also consistent and he has great hands. Peter is a great route runner and student of the game. He has big play ability.”

2021 spring stats: Three catches for 31 yards in one game

Coach Casani: “Jacoby is a deep threat. He’s a big strong kid who can high point the ball and win the 50/50’s. He’s also a devastating blocker on the perimeter.”

Coach Casani: “Tahj may be the best pure football player on this team. He’s a great kid and an outstanding football player. He’s got great speed, strength and vision, plus he can catch out of the backfield. On defense he’s really instinctive and a strong tackler.”

2021 spring stats: 10 carries for 125 yards and three TDs, one reception, 12 tackles on defense, one interception (all in one game)

Coach Casani: “We’re hoping to get a lot out of Shawn. He’s got great size and he’s had a strong camp. We’re expecting some good things out of him.”

Coach Casani: “Patrick is very instinctive. He’s got a great nose for the ball. He seems to always find his way to the tackle.”

Coach Casani: “Ray is probably the most underrated prospect on our team. I think he’s going to be a guy who plays in college, maybe at safety. He’s rangy and physical. He does a lot. He was an all-league guy last year so I expect a big year out of him.”

Coach Casani: “Jordan was an all-league guy for us last year. He’s a cover guy and a good tackler.”

Xavier Rice, a junior, is competing with senior Joe Tatum at the QB spot for Loyola. Rice will most likely start for the Cubs this season, but Casani hasn’t made a final decision yet.

“Both guys have had a great camp,” Casani said.

The Cubs could be an 8-1 team against their current schedule. They’re the clear favorites in the Angelus League and should make a playoff run most likely in Division 2 or 3. The best case scenario is an undefeated championship season, but that seems unlikely with their inexperience in the trenches and at QB.

The most realistic scenario is an Angelus League title and then a quarterfinal appearance in the Division 2 playoffs. The Cubs may also be a Division 3 playoff team – it all depends on how they fare in the regular season and where the CalPreps ranking formula places them.

“We’re young at a lot of positions and we’re very talented in a lot of positions. The two tackles we have on the offensive line I think are going to be very good, but then on the interior we’re young. Our D-line is young too. I expect us to have a great season and I think the young guys will continue to improve as the year progresses. We should be in a good spot in the middle of the year and later on. How fast we start, we’ll see. We’ve had a good camp. Overall we have a talented team. They’re very energetic, aggressive and competitive. Our practices have been great. Mentally, we’re ahead of the game compared to where you usually are when you enter camp because the spring season just ended. That’s been good.

“Our strengths are our skill guys: running back, wide receivers and linebackers. We should get good quarterback play too. Where we want to get better is on both sides of the line. We want to see those two units keep progressing and step up.”

“Our goal is to win league, get into the playoffs and then make a championship run in whatever division we’re in. But from now to then, we’re taking it one day at a time.”