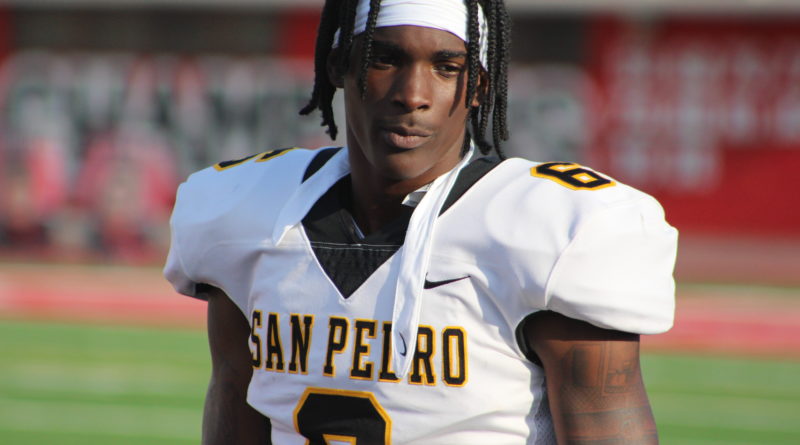 Many Los Angeles City Section high football teams kick off their fall 2021 seasons this week, which means it is time to take a closer look at the best players in the section.

In four games, Avalos threw for 730 yards and six TDs for a Kennedy team that went 3-1 in the spring.

Galloway was injured in the spring, but he’s primed for a big senior year. He’s committed to San Jose State.

Boardingham is the top college prospect in the City Section heading into the fall season. In the spring, he caught 24 passes for 450 yards and six TDs. He also made 21 tackles on defense with eight coming for loss.

Sarmiento is a playmaker. In San Pedro’s win against Banning last season, he caught a TD, rushed for a TD and returned a punt for a TD.

Rivera is the top lineman in the City Section. He plays both on the offensive and defensive lines.

Hamburg will help pave the way for Stanley and the Highlanders’ high powered rushing attack.

Gamble was a first team All-Western League selection in the spring.

Pizante was a first team All-Western League selection in the spring.

Kensinger made 24 tackles in the spring with 4.5 coming for a loss. He also forced a fumble.

Longoria made 42 tackles in the spring and had two sacks.

White made 16 tackles in three games for the Highlanders in the spring. He also recovered a fumble.

Carillo made 15 tackles in two games in the spring.

Barnes is a do-it-all linebacker for the Patriots. He made 40 tackles in the spring, with five coming for loss. He also rushed for three TDs on offense.

Marshall has earned his reputation as one of the City’s top linebackers. “When he hits you, you go down,” one opposing coach told SBLive.

Konopka made 15 tackles in the spring and also returned two interceptions for touchdowns.

Collins, who also plays running back for Canoga Park, had one interception, eight pass breakups, 28 tackles, and one sack in the spring.

Nixon proved he’s one of the top DB’s in the City Section in the spring after intercepting a pass and making and making eight tackles in two games.

Bullard has scholarship offers from Eastern Washington and Idaho. He’s another top defensive back for the Pirates.

Robinson has had a great summer and Patriots head coach Jim Rose expects the senior to have a breakout season.

Jackson is one of the most explosive players in the City Section. He’ll return punts for the Gondoliers this season.