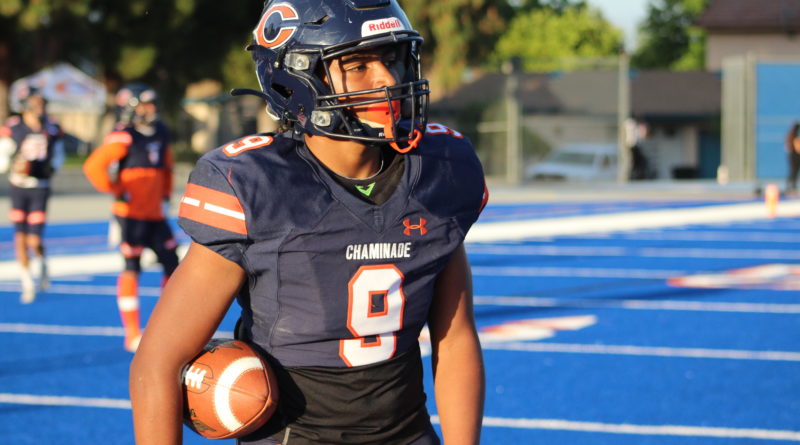 SBLive is previewing the Top 50 high school football teams in California ahead of the fall 2021 season. Here’s an inside look at the Chaminade Eagles of the CIF Southern Section, the No. 30 team in our countdown.

Coach Croson: “Both of these guys were All-Mission League last year. They’re 4.57 GPA kids who also happen to be over 1500 on the SAT. They want to study computer science and play football at the next level. They’re very good football players. We’re expecting a lot of them.”

Coach Croson: “Paul was a first team Mission League player last year. He’s is an athletic guy, a hard worker and he continues to improve.”

Coach Croson: “Noah will split time at tailback with Paul this year.”

Coach Croson: “Josh was also first team All-Mission League last year. He made a lot of catches and he’s a great blocker. There are a lot of things that he can do. He has a lot of recruiting interest.”

Coach Croson: “Marquis was All-Mission League as a freshman. He’s a guy who will be a high level recruit.”

Coach Croson: “Reuben was also All-Mission League as a freshman and he too will be a big time recruit.”

Coach Croson: “Adam was another All-League player for us.”

“The picture will be clearer after we play Sierra Canyon in a scrimmage on August 12th,” Croson said.

The best case scenario for Chaminade is that they win the Mission League and then somehow slip into the Division 2 playoffs in the Southern Section. In that scenario, the Eagles would win the league and then have a shot at a Section title because they’d avoid Mater Dei or St. John Bosco in the Division 1 playoffs.

The Mission League is very challenging. The Eagles will most likely go 7-3 and make a playoff push. Ed Croson coached teams always are much improved at the end of the season and this year’s group will be a very tough out in November/December if they get strong quarterback play.

“Pretty much our whole offensive line is back. Last year we were young up front with veterans on the perimeter and this year we’ll be the opposite with much more experience up front and less on the outside. We have some good players, they’re just young. But overall, I think we got a chance. I think we have a chance every time we tee it up. Talent wise, Alemany will be very good of course, they bring back their top three guys, so it depends if we can play with those three guys, but we usually play them well. Amat should be better. But it’s the Mission League, every week you’ve got to go hard because all of the teams are good. We’re used to it. Our goal is to win the Mission League. We think we can compete for the league championship.”