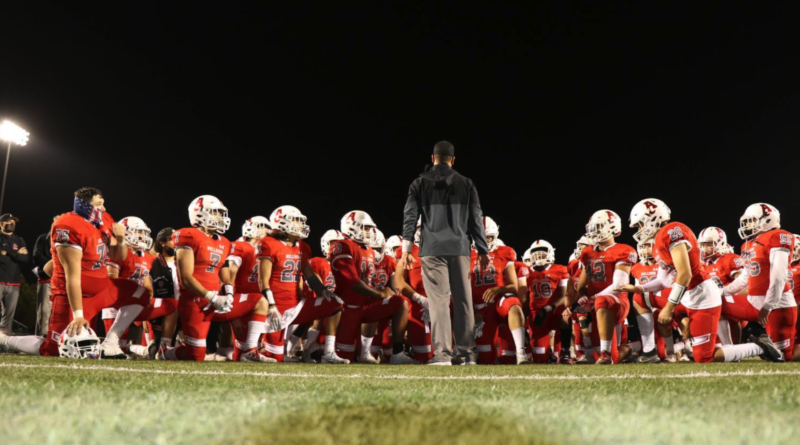 SBLive is previewing the Top 50 high school football teams in California ahead of the fall 2021 season. Here’s an inside look at the Ayala Bulldogs of the CIF Southern Section, the No. 36 team in our countdown.

Wilson was a rare freshman dual-threat QB who was well-rounded and consistent against strong competition out of the gate. He threw for nine touchdowns and 655 yards very efficiently, and ran for a touchdown and 160 more yards. Already one of the section’s top 2024 QBs, Wilson has a strong chance to prove himself as a major D-1 prospect sooner than later.

One of Ayala’s top returning linemen, Colvin is expected to be one of the anchors of Ayala’s offensive line, and can play D-line at a high level if asked.

Becerra is another cornerstone of Ayala’s O-line.

Merrill can line up in the front seven or secondary, and has a good chance to be one of the Bulldogs’ defensive cornerstones this year. He also can play a number of positions on offense.

With very good athleticism to go with front seven size, Carthan is likely to be an impact player in all three phases of the game. In addition to OLB, he’ll probably have a bigger role at TE, and play special teams as well.

Sento is one of Ayala’s top threats at RB, and can also play MLB well if asked.

Moran is one of Ayala’s top breakout candidates and can play a variety of roles across the field.

Ayala could very well go undefeated this season, which would cement them as a Division 2 playoff threat. The Bulldogs don’t return many starters from last season’s dominant showing – 5-0 with a point differential of 177-28 – but by no means is this a rebuilding season. They already have a centerpiece in full swing with Wilson, a litany of receivers competing to be his top targets, and first-time starters who observed a two-year 16-1 stretch. Ayala has more uncertainty around it than most other teams in our top 50, but they’ve proven they know how to reload year-to-year at a very high level.

An undefeated regular season is far from a stretch for the Bulldogs – as it currently stands, they’ll be the favorite in every game they play. But if growing pains do cost them a couple games, a spot in Division 3 would still be very reasonable for a team filled with first-time starters.

“We’re always competing one way or another, it’s one of our mottos. That includes in practice against each other, and competing for the starting job. There’s an open competition at most of our positions this year. Everyone is really passionate and competitive and wants to prove themselves against each other, but at the end of the day, we want to make each other better too … Competition and grittiness is what this team is about.”