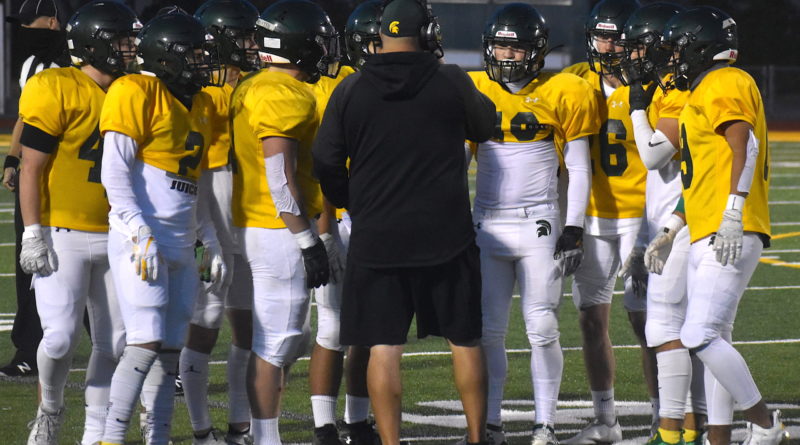 SBLive is previewing the Top 50 high school football teams in California ahead of the fall 2021 season. Here’s an inside look at the Damien Spartans of the CIF Southern Section, the No. 39 team in our countdown.

Coach Bechtel: “Richard is the quarterback of the defense. He’s a big hitter type of kid.”

Coach Bechtel: “He was our sack leader last year. He’s a good athlete. He used to play running back and we converted him two years ago.”

Coach Bechtel: “Corey has been contributing for us since his freshman season. He’s very instinctual with a great nose for the football.”

Coach Bechtel: “Tyler will be a three-year starter for us. He’s an athletic kid that’s got some nastiness to him.”

Coach Bechtel: “Ayden will be one of our most gifted wide receivers.”

Coach Bechtel: “Steve is a man-child who isn’t a hold back. He’s a power runner who can also catch. He’s going to be really good.”

Last year’s back up Dylan Gutierrez, a junior, is in a QB battle with sophomore Upland transfer Rahim Wright. Bechtel says he’s open to playing both if it gives his team the best chance to win.

For years, Bishop Amat has been the premier private school in the San Gabriel Valley when it comes to football. Damien is now trying to change that. The two teams will play on September 24 at Bishop Amat. The game used to be a big rivalry but hasn’t been played since 2011. Bechtel gives his thoughts on the return of the rivalry below.

“Is it great to have them on the schedule? Absolutely,” Bechtel said. “It’s an old time rivalry that’s lost its luster a bit. That’s what has people excited now. But for me personally, there’s not a game on my schedule that I circle. We want to beat the hell out of everybody. But at the same time, it’s just one of those games. I call it the back yard brawl. It’s a game where you’re trying to capture as many middle school kids that are deciding between the two schools as you can.”

“I’m excited to bring back a relevant game in the San Gabriel Valley that people care about and alumni really care about. There are some Damien guys who really don’t like the word Amat. For those reasons, there’s a lot of hype. But you’ve got to give credit where it’s due, they’ve been the private school that’s been on top and we’re trying to work to change that.”

Damien will be .500 or better but not by too many games. Their schedule is really challenging, especially in the non-league. The most realistic scenario for Damien is to be in a lot of games, but probably go 5-5 or 6-4, make the playoffs and get their special sophomore class geared up for a Section title push in 2022.

“We feel we’re very talented in a lot of areas, we just feel that we’re young. This is a young team. We have some good upperclassmen, but we’ve got a really, really good sophomore class. We’re going to do as well as those guys do. Can our young guys step up and handle that Friday night pressure? That’s the question. We graduated all four linebackers. To me, the defense always sets the tone and having to replace those guys is going to be interesting. We have good players at those spots, but they’re ninth and tenth graders. We have solid lines, receivers and running backs. Our goal is to win our league. That’s always the number one goal.”