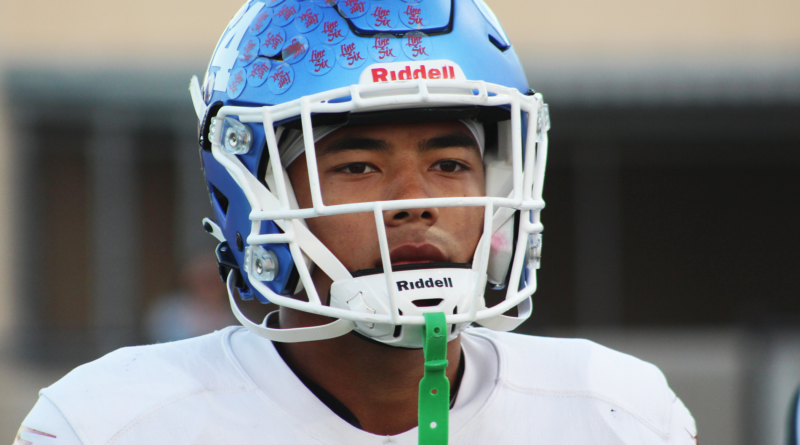 Los Alamitos WR/DB Makai Lemon, ranked as the top ATH prospect in the Class of 2023 by 247Sports, verbally committed to Oklahoma on Saturday.

The 5-star recruit picked Oklahoma out of at least 20 offers, every one of which was Power-5. His group of finalists included Oklahoma, USC, Arizona, Arizona State, and Alabama.

In just six games as a junior, Lemon had 43 catches for 756 yards and nine touchdowns. One of the premier three-phase football players in the state, he also led the Griffins with four interceptions and 132 punt return yards.

Some expect Lemon’s primary position at future levels to be in the defensive backfield. But with his ability to play offense, defense, and special teams all at a Power-5 level – and Oklahoma head coach Lincoln Riley’s enticement with positional versatility – don’t rule out the possibility of Lemon continuing to contribute in multiple phases as a Sooner.