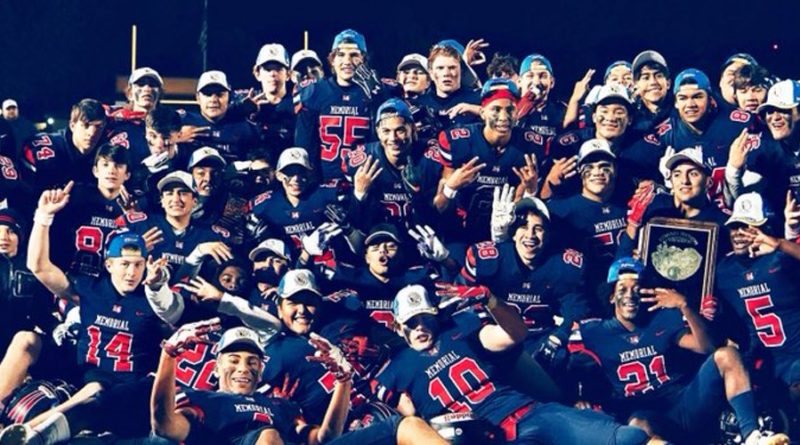 SBLive is previewing the Top 50 high school football teams in California ahead of the fall 2021 season. Here’s an inside look at the San Joaquin Memorial Panthers of the CIF Central Section, the No. 50 team in our countdown.

2021 SPRING SEASON AT A GLANCE

Coach Goston: “He’s our two-way standout, plays receiver and defensive back for us. Four-year starter so it kind of all starts with him. He’s a returning all-league player, he played out of position last spring because we needed a quarterback, so he stepped in and did that for us last spring and now he returns to his normal positions.”

Coach Goston: “He’ll start at strong safety and play running back for us.”

HOW DID THE SPRING SEASON AFFECT SAN JOAQUIN MEMORIAL?

“We used the spring last year to really just have our guys compete, have some young guys get as many reps as possible. That’s why we had so many sophomores do well and make all-league. I think last spring I had 10 or 11 sophomores up and most of them were starters. It wasn’t too long ago that we had the pads on so that was invaluable.”

The Panthers look to be the clear favorites in the County/Metro League and are among the top contenders to compete with Central, Clovis, and Buchanan for the CIF Central Section Championship. If the offensive and defensive lines are able to come together as a unit early on in the season, then the Panthers should be seen as a serious challenger for the section title.

San Joaquin Memorial had their 13-game winning streak in league play snapped last season against Sanger, but should jump back in front as the top dog in the County/Metro League. The Panthers will be working in a new starter at quarterback in senior Mikey Bell and may be a step behind Central and Buchanan in their pursuit to win the Central Section’s Division 1 Championship. Bell was expected to start for the Panthers at quarterback last season until the overlap of seasons led to him playing baseball.

“I think we’re gonna be a lot different than we were in the spring, I think we’ll be more balanced like years past. We’ll return back to be more of a spread where we can run the ball but we now have true receivers and TJ (Hall) back at receiver and a trigger man that will get us back to looking like how we have before. I think we’ll be able to do both very well.”

Obviously, we had some good seniors that we lost but I think skill wise this year’s team is just as good if not better. Where I think we have to find out is up front with our (offensive and defensive) line. While I think we have some really good guys, they haven’t played together as a unit, whereas last spring all those guys had played together for the most part and we kind of knew what we had. I was telling the coaches today that by week three of playing together I think we’ll be just fine up front.”

“I think the strength of our team is our athletic ability. We have a lot of good athletes, a lot of big athletes.”