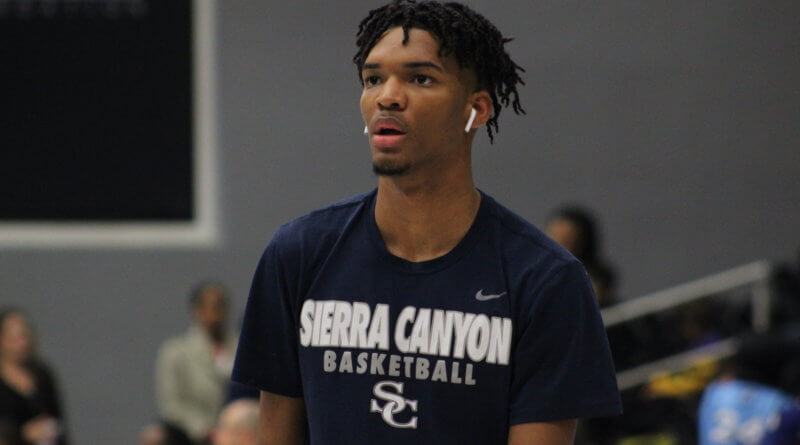 Former Sierra Canyon star Ziaire Williams was drafted 10th overall in the 2021 NBA Draft by the New Orleans Pelicans on Thursday. The pick is part of a proposed trade that will send him to the Memphis Grizzlies, along with G Eric Bledsoe, for a package that includes C Jonas Valanciunas.

That season, he averaged 15 points, 7.9 rebounds and 3.6 assists per game. In the Regional championship, Williams hit a buzzer-beater to knock off Etiwanda, which ended up being the final shot of his high school career with the state championships being canceled because of the COVID-19 pandemic.

WHAT SCOUTS ARE SAYING ABOUT WILLIAMS

“High level athlete who uses his size and vertical to his advantage on both ends of the floor … Elite wing prospect who can impact the game offensively and defensively … Very good ball-handling for a 6’9 forward which enhances his mid-range jumper which is a strength to his game … Very smooth and efficient at creating shots off the dribble on the perimeter … Excellent footwork allows him to get his feet set and get shots off quickly from the perimeter … Smooth rhythm with his jump shot and plenty of arc on outside jumpers … Capable of finishing around the rim, but he prefers to pull up for mid-range jumpers or three-pointers rather than attempting to attack the rim … His ability to score and shoot on the move supports these tendencies, but can lead to inconsistency with an over-reliance on jump-shooting efficiency … High level rim-runner who elevates well above the rim and finishes with ferocity … Excellent length for a wing at 6’9 and his 6’10 wingspan allows him to disrupt passing lanes and cause havoc on the defensive end although his play and stats did not exactly showcase this in his freshman season at Stanford … Has a 8’10 standing reach as a wing which is on par with power forwards like Blake Griffin and Tyler Hansbrough … His length makes him disruptive defensively … Versatility. Has the ability to play both forward positions in the future with added strength … Prospect who has one of the highest potentials in the entire class of 2020, due to his potential for skill development as a shooter and defender … Attacks the defensive glass and can initiate fast breaks while doing so with long passes and speed with the ball … Good court vision and passing instincts allow him to create for others … Solid free-throw percentage of 79.6% indicates that there is plenty of potential for his jump shot to improve from the disappointing percentages during his only season at Stanford … Plenty of time to develop as he is only 19 years old until September …” -Derek Bast, nbadraft.net.