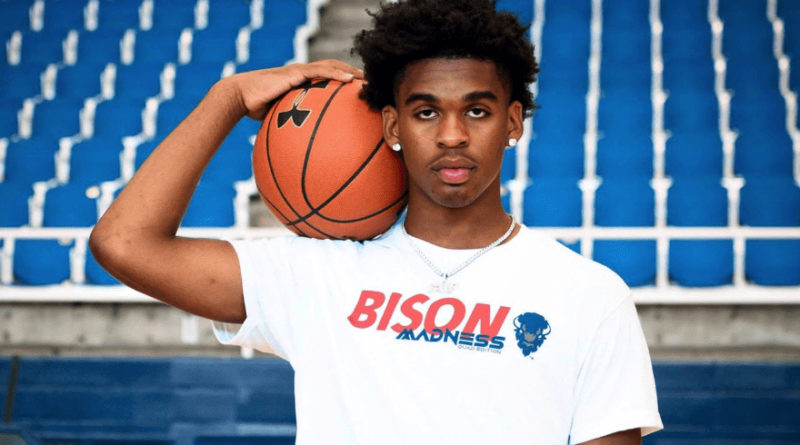 Former Mayfair star Josh Christopher was drafted 24th overall in the 2021 NBA Draft by the Houston Rockets on Thursday.

Christopher was a 5-star prospect at Mayfair before playing one season at Arizona State. In 2019-20 as a senior, he averaged 29.4 points, 11.2 rebounds, 4.4 assists, 3.5 steals, and 1.7 blocks per game on 49% FG and 54% EFG. Christopher struggled from deep early in his lone year as a Sun Devil, but turned heads from the start with his ability to attack the rim, and his three-pointer came around late in the season. He would finish the season averaging 14.3 points per game in under 30 minutes per game.

WHAT SCOUTS ARE SAYING ABOUT CHRISTOPHER

“A top shelf athlete who showcases the power and explosiveness to immediately translate to the next level … Versatile guard who can handle the ball effectively enough to run the offense at the 1 but also move to 2 or 3 with the size and strength to play off the ball … Elite potential as a playmaking guard who could also take over games with his scoring at all three levels … Dramatically improved his three-point shooting towards the end of his freshman season before a leg injury ended it prematurely. He shot 12-25 over his last six full games to show that he has the potential to shoot far better than his 30% season average suggest from behind the arc … Finds ways to score even on bad shooting nights by getting to the line and shooting a high percentage of 80% as a freshman … Attacks the glass and rebounds well for a guard with a high vertical and strength going up … Three-point shooting will further unlock his head fake and allow him to do what he does best, which is attacking the rim with physical finishes and pull up in the mid-range … Opportunistic defender who can explode into passing lanes and take the ball away for easy transition dunks. Was able to capitalize on this with 1.5 steals per game at Arizona State … Handles and speed to attack in transition and get to the rim for flashy dunks and layups … Creates space in isolations with creative ball-handling and retreating defenders who are wary of his speed and first step … Young draft age of 19 which will allow him plenty of time to develop and unlock his exceedingly high potential … Possesses great length with a 6’8 wingspan at 6’4 …” -Derek Bast, nbadraft.net.