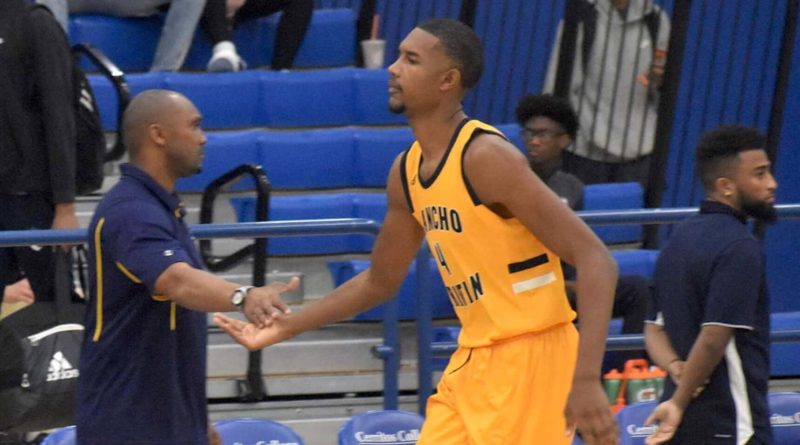 Former Rancho Christian star Evan Mobley was drafted third overall in the 2021 NBA Draft by the Cleveland Cavaliers on Thursday.

Mobley was a consensus five-star recruit at Rancho Christian, and was named the Gatorade California Player of the Year as both a junior and a senior. As a senior, he averaged 20.5 points, 12.2 rebounds, 5.2 blocks, and 4.6 assists per game.

At USC, he averaged 16.4 PPG, 8.7 RPG, 2.4 APG, and 2.9 BPG as a freshman at USC. He was named the Pac-12 Player of the Year, Pac-12 Defensive Player of the Year, and Pac-12 Rookie of the Year becoming the first player to win all three conference awards since Anthony Davis – a player he’s long been compared to as a prospect.

WHAT SCOUTS ARE SAYING ABOUT MOBLEY

“Mobley has a chance to be a generational bigman at 7’0, 215 pounds and a 7’4 wingspan … Huge potential as a two-way talent with elite defensive ability to both lock down smaller players on switches on the perimeter as well as his natural rim-protection ability with long arms and tremendous leaping ability … Shuffles his feet with the best of them to stay in front of his man in face ups and post-ups … Run jump athleticism puts him in rare company. Runs the floor like a deer, and has explosive leaping for first as well as second and third jumps … Phenomenal rebounder with his length and size. Also positions himself well for rebounds and does not rely solely on his size to dominate the glass … Versatile offensive player who can already attack from the perimeter and additionally score at all three levels … Jumper already looks smooth and he has the touch to catch and release from many areas … Showcases several post moves and a soft hook shots as part of his scoring repertoire … Already a good passer with anticipation and accuracy and also comfortable facing double teams … Affects the game in a multitude of ways on both ends. Versatility on defense and athletic enough to be disruptive with guards on switches …  Decent ball-handler with plenty of time to improve … Will be 20 years and 1 month old on draft day, making him one of the younger draft prospects … 58/30/69 splits are incredible for a freshman stretch-five at the college level with high volume … Capable screener who can attack on the roll and also set up on the perimeter for open threes … Unmatched potential in this year’s draft class, with his size, athleticism, two-way ability, and shooting prowess …” -Derek Bast, nbadraft.net.