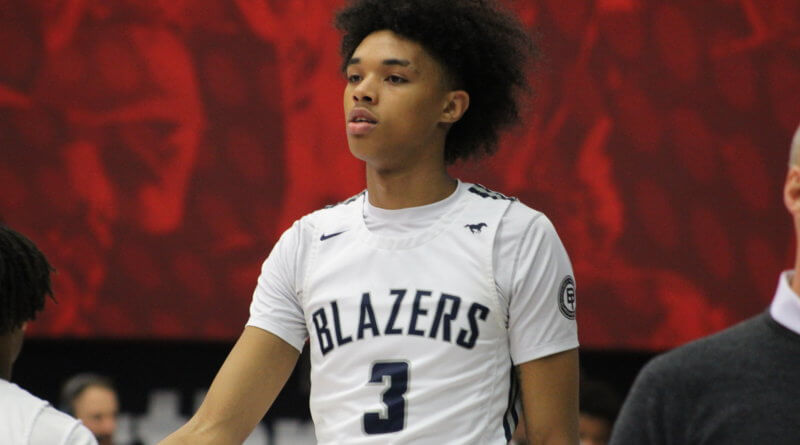 Former Sierra Canyon star B.J. Boston was drafted 51st overall in the 2021 NBA Draft by the New Orleans Pelicans on Thursday. The pick is on its way to the Los Angeles Clippers as part of a trade.

One of the top-ranked players in the Class of 2020, Boston helped lead Sierra Canyon to a CIFSS Open Division title and CIF Southern Region Open Division championship in 2020. In his lone season with the Trailblazers, the Norcross (Georgia) native averaged 19.7 points and seven rebounds as a senior, and was named SBLive’s Southern Section player of the year, and USA Today’s California Male Athlete of the Year and California Basketball Player of the Year.

WHAT SCOUTS ARE SAYING ABOUT BOSTON

“Shooting guard with a great deal of potential due to his outside shooting stroke and overall offensive repertoire … Possesses good length for the shooting guard position, standing  6-7 with a 6-10 wingspan … Fluid athlete that has good body control and a solid handle … Jump shot mechanics are solid – projects to be a better shooter than the 30% he showed at Kentucky with NBA range … Can handle the basketball and is able to get into the paint off the bounce … Can create offense off the bounce for himself or others but can also spot up … Is comfortable shooting from deep or from mid-range and off the bounce or off the catch … Is better shooting off the catch than after creating his own look … While he can be hesitant to pass off the drive occasionally, has shown flashes of excellent court vision and is able to find the open man when the defense collapses on him … Shows a lot of potential as an offensive player if he can develop his strength and confidence … Rebounds the ball well for his position. Had six games of 7 rebounds or more with a high of 10 … Plays passing lanes well – had 6 games with 3 or more steals … Projects to be a good defender on the perimeter as he has a good blend of quickness, active hands, and length …” -Eric Yearian of nbadraft.net.