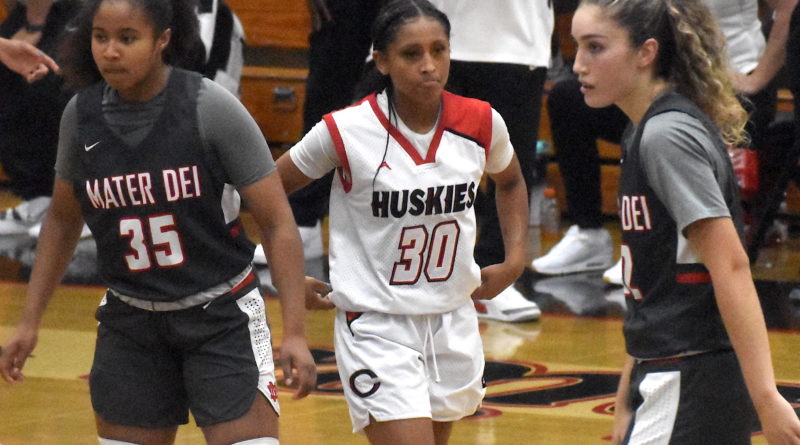 After covering dozens of games and talking to dozens of coaches across the state this spring and summer, here are SBLive’s California Girls Basketball All-State teams for the 2021 spring season. The statewide teams were compiled by SBLive reporter Lance Smith and include Player of the Year and Freshman of the Year.

The main criteria for selection were players’ individual statistics and intangible impact on winning relative to team success. All regular season and postseason games were taken into consideration, with a minor emphasis on playoff games. Strength of schedule was heavily factored in.

CO-PLAYER OF THE YEAR

Curry led the 25-1 Huskies with 21.4 points per game on 53% FG and 60% EFG, in addition to averaging 5.1 assists, 6.4 rebounds, and 3.9 steals per game. The Cal signee had 27 points on 8-14 shooting plus 11 rebounds, seven assists, and four steals in the CIF Southern Region Open Division finals to cement Centennial as the top-ranked team in the state. Curry was named Cal-Hi Sports’ Ms. Basketball.

CO-PLAYER OF THE YEAR

She scored 28 points with 10 rebounds in the Southern Section Open Division championship – the Monarchs’ second Open Division title in a row – in a thrilling overtime win against Corona Centennial. Demetre’s cold-blooded performance in the CIFSS finals also cemented an undefeated season through section play, making Mater Dei 19-0 before the state playoffs. The 5-star Stanford signee was also one of the state’s most versatile defenders.

Smith put up 22.4 points, 11.7 rebounds, 3.2 assists and 2.8 steals per game to lead a team that was top-three in the state before injuries struck. She was also named the Cal-Hi Sports Freshman of the Year, and is a member of our all-state first team.

The 4-star Stanford signee averaged 29 PPG for 9-1 Antelope, the top team in the Sac-Joaquin Section. Harriel was named SBLive’s athlete of the year for the CIFSJS.

A 4-star USC signee and McDonald’s All-American, Marshall had one of the best all-around seasons anywhere in high school hoops to lead Lynwood to a CIF 1-AA Southern Region title. She led the Knights with 23.7 points, 12.8 rebounds, and 2.8 blocks per game to go with 2.8 assists and 2.3 steals per game.

Despite battling an ankle injury for most of the season, the top-ranked player in the Class of 2023 averaged 24.9 points, 11.4 rebounds, 2.3 steals and 1.5 blocks per game for the CIFSS Open Division contender. Watkins has since transferred to Sierra Canyon.

Jaquez only played in nine games this season out of Camarillo’s 13, but she was as dominant as any player in the state when she played. The 4-star wing averaged 31.7 points and 14.8 rebounds per game on 48% shooting to go with 2.4 assists and 2.9 steals per game.

The Scorpions went 8-1 with Jaquez in the lineup, and in their only loss, which came by one point in the playoffs against Bishop Montgomery, Jaquez dropped 52 points (second most in Ventura County history) on 19-36 shooting to go with 18 boards and two steals.

Pasco averaged 28.3 points and 13 rebounds per game to lead the Wolves to an 11-0 season and East Bay Athletic League title, and the Wolves finished the season as a consensus top-30 team in the state. She connected on 2.9 threes per game at a 49% clip en-route to shooting a whopping 62% from the field. Pasco was also named SBLive’s North Coast Section Athlete of the Year.

The 5-star soon-to-be Stanford Cardinal didn’t bring home any CIF hardware as a senior, but was as good as ever on the best Harvard-Westlake team of her tenure. Playing one of the hardest schedules in the state, Iriafen averaged 20.9 points, a career-high 15.8 rebounds, 1.6 steals, and 1.1 blocks per game on 54% shooting. Additionally, while her steal and block averages don’t jump off the page, Iriafen may well have been the best defensive player in the state.

The 4-star UNLV signee averaged 14 points, 2.5 assists (to only 1.2 turnovers), and 2.1 steals per game on the CIFSS Open Division champ. Durazo-Frescas shot 36.7% on over seven three-point attempts per game, and consistently stretched the floor out to 25 feet. Also, her mark of 10 charges drawn throughout the season is among the best in the state.

James led 18-5 West to one of its strongest seasons ever, which included a CIFSS Open Division playoff birth and two postseason victories. The UOP signee was at the top of every opponent’s game plan, and still led the Warriors in nearly every statistical category.

Already one of the best basketball players in Central Section small-school history entering her senior season, Soto set career highs in PPG (30.9), RPG (5.3), and APG (2.0) while also leading Strathmore with 5.6 SPG. The Holy Names commit easily exceeded 3,000 career points, and capped off her career by dropping 43 in a win in the CIFCS Division 5 title game and 42 in a win in the CIF Southern Region 5-AA title game.

Navarro led the San Diego Section champs with 18.2 points, 5.3 assists, and five steals per game to go with 5.3 rebounds and 1.1 blocks per game.

One of the top-ranked guards in the Class of 2023, Briggs led Ontario Christian to the CIFSS 3-AA title game averaging 29.5 points, 11.6 rebounds, 7.6 assists, 3.2 steals, and 1.4 blocks per game. She was named the division player of the year despite the Knights coming up just short in the finals, which is a rare honor. Briggs racked up six triple-doubles on the year, and finished with a true shooting percentage upwards of 55%.

Montgomery led the best team in the Central Section with 17.1 points and 8.2 rebounds per game to go with 2.4 SPG.

Cunningham led LJCDS to the San Diego Section Open Division semifinals averaging 16.6 points, 10.9 rebounds, 1.9 assists, 1.9 steals, and 1.7 blocks per game. The top-ranked post player in the Class of 2023 also shot 63% from the field.

One of the most prolific playmakers in the state, Byon led the Royals to the CIFSS Division 1 semifinals and CIF SoCal 1-A finals with nightly averages of  26.7 points, 6.6 assists, 5.3 rebounds, and 2.3 steals per game.

The Cal commit averaged 24.7 points, 8.9 rebounds, 3.6 assists and 3.3 steals per game for the CIFSS Division 1 heavyweight.

The 4-star guard and San Diego State signee led the Knights in nearly every statistical category on their way to a Southern Section Division 1 quarterfinals run.

The UC Irvine signee helped lead the Golden Eagles to a top-three finish in the state.

Buggs led the Jackrabbits to an 18-2 season and one of the more dominant upper-division playoff runs in recent memory, which culminated in a CIFSS Division 1 title and a CIF Southern Region 1-A title. The CSU-LA signee averaged 16.4 points, 8.7 rebounds, and 1.7 assists per game on 51% shooting even though her nightly totals were hampered by sitting a lot of fourth quarters in blowout wins. Buggs was also one of the top defensive players in the state, averaging 2.6 SPG while guarding every position.

Rowland led the Panthers to an undefeated 13-game regular season averaging 23.8 points, 8.0 rebounds, three steals, and 1.8 assists per game. She was named the Fresno Bee Player of the Year.

A 4-star prospect, Randolph was already one of the state’s top power forwards as a freshman. She led the Trailblazers to the CIFSS Division 1 quarterfinals averaging 22.7 points, 13.5 rebounds, and 2.7 assists per game.