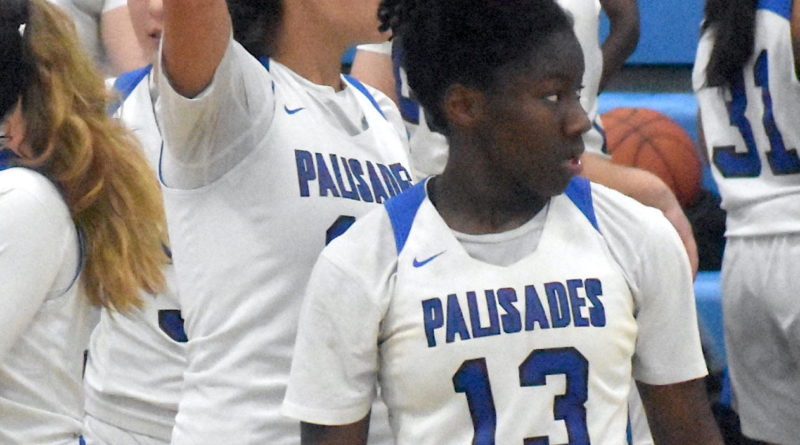 Here are SBLive’s All-L.A. City Section girls basketball awards for the spring 2021 season. The main criteria were players’ individual statistics and intangible impact on winning relative to team success. All regular season and postseason games were taken into consideration, with a slight emphasis on CIF-LACS playoff games. Strength of schedule was heavily factored in.

Email lance@scorebooklive.com to submit a photo or statistics.

Pettis was named co-MVP by the City Section and the Western League MVP after helping lead the Dolphins to back-to-back Open Division titles. She led Pali in assists per game, and was also the section’s top defensive and rebounding point guard.

The top player on the Open Division finalist, Blevins had the top scoring season in the City Section relative to the strength of schedule Hamilton played with 22.4 PPG. Her top games included a 36-point outburst in a win against Brentwood, 23 points against Palisades in the LACS Open Division championship game, and 18 points against Long Beach Poly – one of the better defenses in the state – in the CIF regional playoffs. Blevins was also one of the better rebounders and defensive players in the section, and significantly upped her facilitating as a senior as well.

Lagway, our MVP runner-up, was unavailable for a few of Pali’s biggest games, but was as good as anyone in the section when she was on the court. She led the Dolphins in scoring on a per-game basis, and the CIFLACS named her co-MVP after an outstanding playoff run on the way to the Open Division title. Lagway will be the clear frontrunner to win section MVP entering next season.

Arnold averaged 10.4 points and 5.5 rebounds per game, and was one of the steadiest all-around players on the section’s top team.

Crenshaw only got four games in before the playoffs, but the Mississippi Valley State commit averaged over 25 points and five assists a game in them.

Holley averaged 12.4 points, 5.8 rebounds, five assists, and 2.9 steals per game to lead Birmingham to the Open Division semifinals. She will enter her senior season as the clear top point guard in the section, and one of the top MVP candidates.

Averaging over 20 PPG, Waugh was the top player on a Westchester squad that was a lot stronger than its 4-5 record would indicate. With most of the Comets’ core returning, Waugh is likely to be the best player on an Open Division contender in her upperclassman years.

Navasartian led the Highlanders with nearly 13 PPG on a team-high 53% EFG, hitting nearly three threes a game at a 38% clip. She also averaged 4.2 rebounds and two steals a game.

Quintana led the Royals in scoring at 12 points per game, and spaced the floor out with range well past the arc. She also played a significant role in anchoring one of the section’s top defenses.

The section’s top paint anchor, Scott averaged nearly a double-double in points and rebounds, and also defended the paint at a high level.

Hashemi averaged 11.6 points, four rebounds, 2.1 steals, and 2.1 assists per game, and was one of the section’s better defenders and hustle players.

Chensam led the Lady Yankees in assists, and also averaged over 10 PPG for the second-best team in the section.

Sano was named the Division 1 player of the year after helping lead the Unicorns to a section title and leading them in assists.

After leading LACES to a Division 2 title last year and winning division player of the year honors, Pollard was the top scorer and rebounder on the Division 1 champion.

One of the best passers and defensive point guards in the section, Sherman led the Gauchos to a 6-1 finish and Open Division playoff appearance.

Quintana averaged nearly 10 PPG for the Open Division semifinalist, and was Elco’s most consistent perimeter threat.

Salazar averaged 16.8 points and eight rebounds per game for the Cougars during the regular season.

Vo averaged 6.9 points and 4.9 rebounds per game, and was one of the section’s top perimeter defenders.

Blake was a first-teamer in both the Open Division and the Western League.

One of the highest-motor players in the section, Satamian was second on the Highlanders with 7.6 points per game. She also led Granada with 3.4 steals per game (tied).

One of the most productive players in the section on a per-minute basis, Arnold averaged 7.5 points and six rebounds per game for the Open Division champion without even playing starter’s minutes. She missed nearly Pali’s entire playoff run with an ankle injury, but came up clutch in multiple of the Dolphins’ biggest regular season games.

Ramos averaged 9.7 points and 5.7 rebounds per game on 52% FG, and also led Birmingham in blocks.

Washington was the defensive anchor and leading rebounder for the No. 3 team in the section.