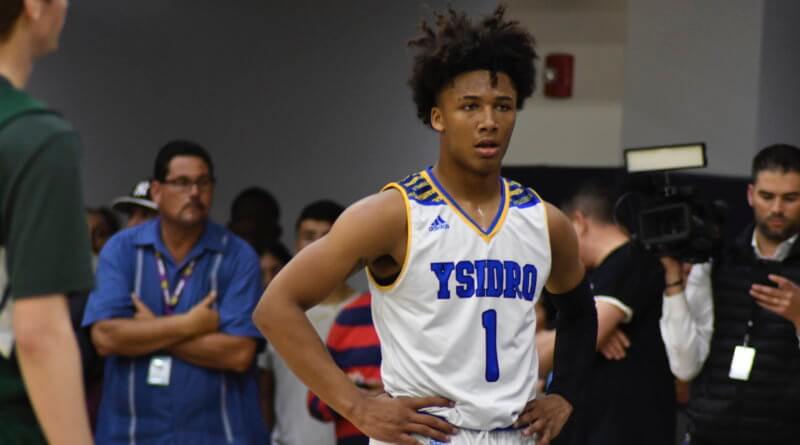 Former San Ysidro High School basketball star Mikey Williams has signed a name, image and likeness (NIL) deal with Excel Sports that could potentially earn him millions of dollars, per a report from ESPN’s Adrian Wojnarowski.

Williams has over 5 million followers across multiple social media platforms, which was the driving factor behind his deal with Excel Sports. He is the No. 7 overall prospect in ESPN’s top 100 boys basketball rankings for the class of 2023.

Following a Supreme Court decision allowing college athletes to profit from their name, image and likeness, the National Federation of High Schools released a statement saying that decision won’t affect high school athletes. Since Williams will play for a school that is not governed by a state association, he can’t face repercussions for signing his NIL deal. Athletes that do play on teams governed by state associations would potentially be punished if they signed a NIL deal, according to the NFHS.

Already, in less than a week, we have seen articles suggesting that high school athletes should likewise be able earn money from their NIL. Our member state associations have rules in place that prohibit student-athletes from receiving money in any form that is connected to wearing their school uniform.

This is disturbing and contradictory information. Although this would not impact a current student’s NCAA eligibility, the athlete would be ineligible through his or her own state high school association. And we would suggest that high school students participating in out-of-school programs must not be allowed to benefit from NIL.

The landscape surrounding NIL deals is changing rapidly. No other high school athlete can come close to Williams’ social media following, which is why he signed his NIL deal first. But will his deal be a one off for high school athletes or will others get deals in the future? Time will tell.