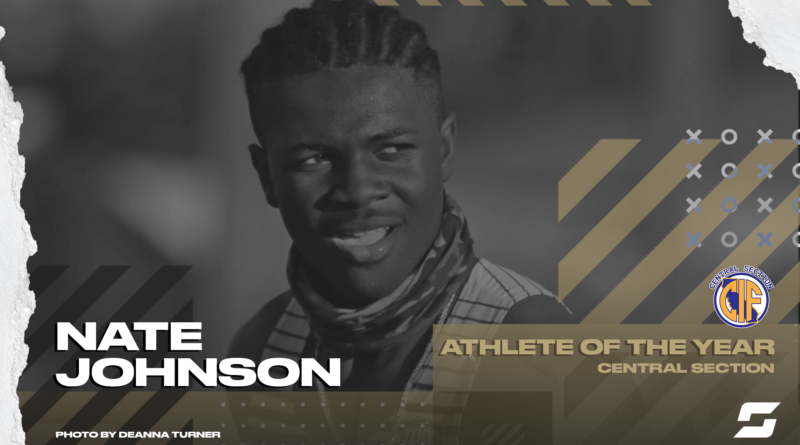 Nate Johnson made the most of the compacted high school sports season in California.

The two-sport standout at Clovis High School led the Cougars to a 3-2 record during football season, losing to section powers Central and Buchanan by a combined 11 points. Johnson finished the year with 13 touchdowns – eight passing and five rushing.

His standout play during the spring season netted him offers from UCLA, Arizona State, and TCU among others before he decided to commit to the University of Utah, the first school to offer him a scholarship back in August of 2020.

“Utah was the right fit for me because I had a great connection with the coaches and players and the overall environment in Salt Lake City was just amazing,” Johnson said of his commitment to the Utes. “Also, I feel I can put myself in their offensive scheme and be able to lead the team to a Pac-12 Championship.”

When football wrapped up Johnson headed over to the track to showcase his top-flight speed and athleticism.

“Track has helped me a lot for football because of my speed,” Johnson said. “Training every day with my track coach helping me to get faster has given me a huge advantage on the field.”

Johnson capped off his stellar year by winning the 100 meters and the long jump at the CIF Central Section meet.

“I was very, very grateful to be able to have a five-game football season and a full track season,” Johnson said. “I prayed everyday hoping we had a season and God answered my prayer and blessed us all in having a season for both track and football.”

Next step: Johnson is committed to play football at the University of Utah