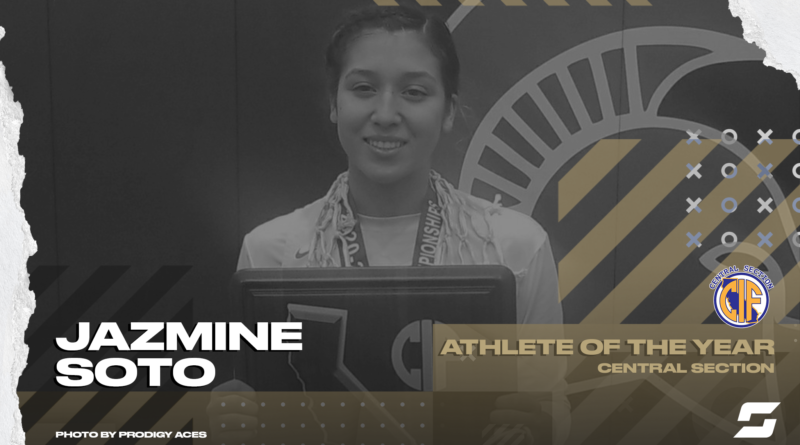 The 2021 season was a picture-perfect ending to a legendary high school career for Strathmore point guard Jazmine Soto.

The Central Section’s all-time leading scorer exploded for 42 points to help the Spartans take down Fallbook in the CIF Southern California D5-AA Championship.

“We were just relieved and happy,” Soto said. “Before the game everyone had butterflies. Winning something that big, I mean nobody thought that little Strathmore girls’ basketball would ever go that far or even win it.”

Nine days prior to their win over Fallbrook, Soto and the Spartans took down Corcoran to win the Central Section D5 Championship. Soto scored 42 points in that game as well.

“My favorite memory was definitely playing with my teammates but most of all winning valley and state together,” Soto said. “We had most of our returners from last year and we lost badly last year so to win this year that was our goal.”

Soto jumped onto the map by averaging 23.7 points per game during her freshman season and increased that total each season, culminating with a remarkable 30.9 points per game this past season. She finished her high school career with 3,331 points, becoming the first girls’ basketball player in CIF Central Section history to surpass the 3,000-point mark.

“I don’t really focus on my numbers that much,” Soto said of her achievements. “When I know I’m close to breaking a record, everyone tells me. It’s just how I was raised and stuff, I’m not a cocky player and I’m more about helping my teammates and us playing together as a whole and just becoming better.”

COVID-19 put a wrench into the recruiting process for Soto and so many others in the class of 2021, but Soto was able to overcome that and find a spot at the next level, signing with Holy Names University, a NCAA Division II school in Oakland.

“Playing at the next level was a big dream and as my senior year approached, I was kind of doubting myself,” Soto said. “For a university to contact me and offer me money like that, it was really big.”

Next step: Soto has signed to play at Holy Names University

Career accomplishments: Soto finished her career with 3,331 points, the most ever in the Central Section.