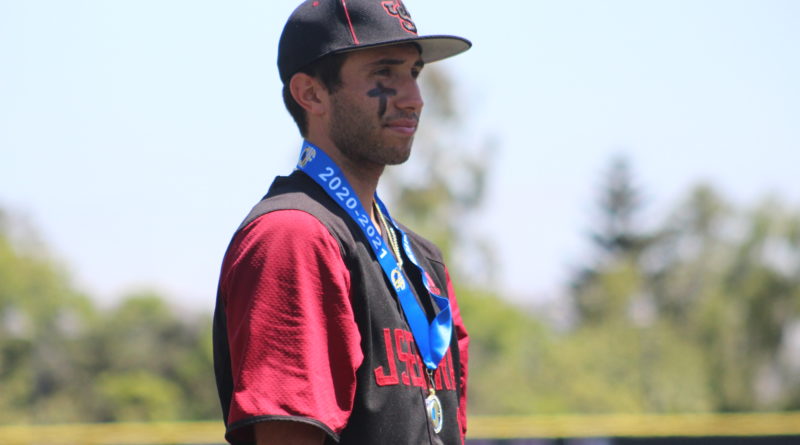 JSerra High School senior right handed pitcher Eric Silva was selected in the fourth round of the MLB Draft by the San Francisco Giants. He was taken 115th overall.

Silva threw a no-hitter against Santa Margarita this past season. He also helped lead his JSerra team to a Trinity League championship and Division 1 SoCal Regional championship. In the regional title game, he threw a complete game and struck out 11 hitters. At the end of the season, Silva was named an All-Trinity League pitcher.

Learn more about Silva below:

What they’re saying: “While Silva does not have the ideal pitchers frame at 6-0 180, his utilization of his back leg drive allows him to generate a lot of velocity and run his FB 92-94 T:95. Silva mixes locations well with his FB and stays away from the middle of the plate. Secondary pitch is a CH that Silva will throw in any count. CH has solid vertical bite and works to keep hitters honest and off balance, generates weak contact. Breaking Ball is a sweeping CB that has solid horizontal and vertical break, however command of pitch is developing and is currently used as swing and miss pitch when up in the count. Silva’s ability to pound the zone while staying away from the middle of the plate allows him to dominate despite not having a plus plus pitch in his arsenal.” – PS-Baseball.com