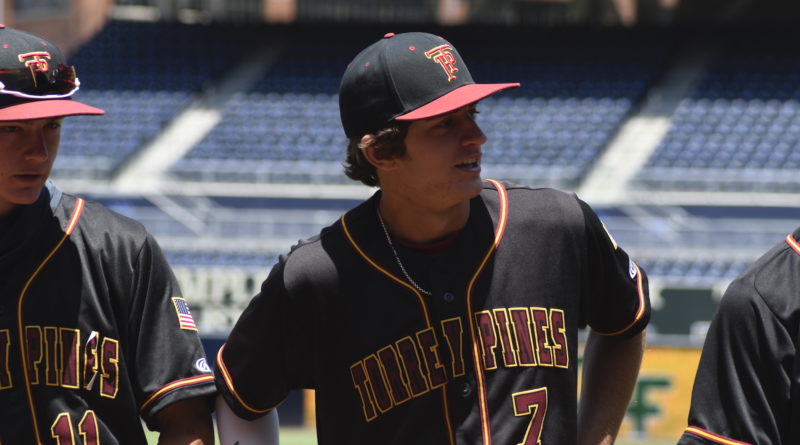 Torrey Pines High School senior shortstop Carson Williams was selected in the first round of the MLB Draft by the Tampa Bay Rays. He was taken 28th overall.

Williams hit .495 with 11 home runs and stole 34 bases during his senior season. Williams is also a standout pitcher, throwing 15.1 innings in relief this past season. He struck out 26 batters while allowing seven hits and zero runs.

Williams has signed to play collegiately at the University of California but is expected to take the professional route instead of playing for the Golden Bears.

Learn more about Williams below:

What they’re saying: Williams is another two-way player who has a promising fastball-slider pairing; alas, his future appears to be as a hitter, and only as a hitter. – CBS Sports’ RJ Anderson