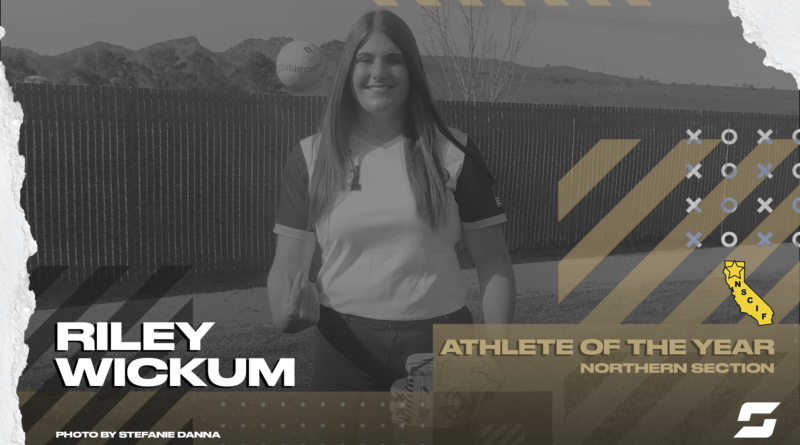 The right-handed pitcher and first baseman who recently wrapped up her junior season at Sutter, hasn’t suffered defeat since April of 2019.

“Since our season got cut short from COVID last year and we knew that we weren’t going to have playoffs this year or anything, we wanted to come out and try our best in every game,” Wickum said.

The Huskies won their final eight games during Wickum’s freshman season, won all 10 games in 2020 before COVID-19 ended their season early, and started the 2021 season with 23 straight victories before matching up with East Nicolaus, the last team to defeat Sutter, to finish the year.

“Since we lost to East Nicolaus our freshman year, we haven’t lost a game since and we knew had to give it our all,” Wickum said. “It was really fun, and we were all just taking each other’s energy and we knew we had to win that one.”

The Huskies did just that, defeating East Nicolaus 7-0 to complete their undefeated season.

Wickum saved her best for last, collecting three hits including a home run and two doubles while driving in four of the seven runs for the Huskies. She also threw a no-hitter in the game, striking out 12 batters and came one walk away from her second perfect game of the season.

“We didn’t want to take anything for granted because we knew it could be cut off really quickly,” Wickum said of Sutter’s perfect season. “We wanted to give it our all for our seniors too since our seniors last season didn’t get anything from that.”

“It’s definitely winning the section title because we have gotten cut short for two years now,” Wickum said of Sutter’s mindset for next season. “We won it our freshman year and we want to come out and do that again.”

Next step: Wickum is uncommitted heading into her senior season.