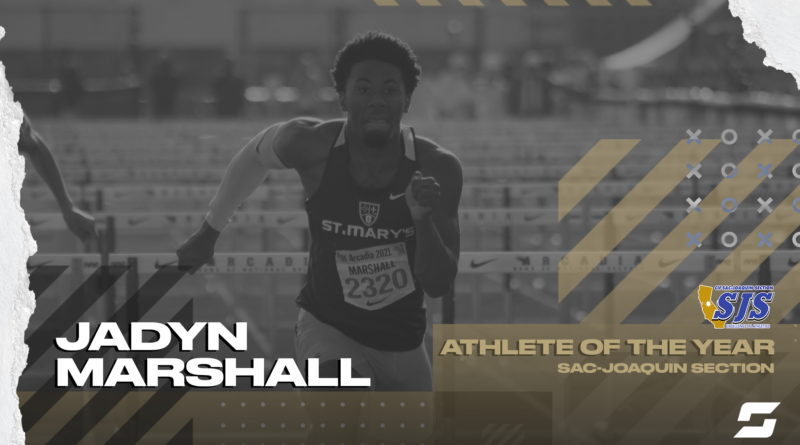 In an era of sport specialization, Jadyn Marshall is a beautiful exception.

Marshall, who just finished his junior year at St. Mary’s in Stockton, recently committed to UCLA for football. At 6-foot-1 and 180 pounds, he is an explosive wide receiver with great hands. In a 35-27 loss to nationally-ranked De La Salle in March he caught seven passes for 117 yards and a touchdown.

But he was just getting started.

In a compressed high school sports year, Marshall went from the football field to the basketball court to the track over the span of four months, turning heads at every stop.

For his remarkable performance in 2021, Marshall is SBLive’s Sac-Joaquin Section Male Athlete of the Year.

Next step: Marshall, a junior, is committed to play football at UCLA.

Season highlights: Three-sport standout, finished with the number two times in the state in both the 110-meter hurdles and 300-meter hurdles, committed to UCLA football on June 21.