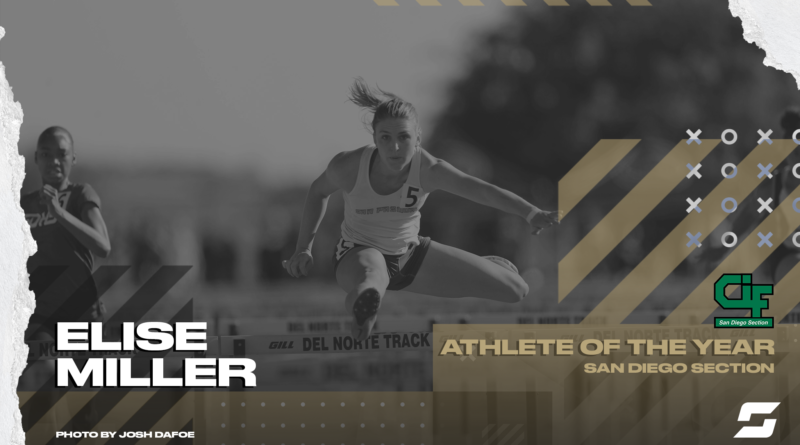 Everything had been aligning for San Pasqual’s Elise Miller heading into her junior season – then the COVID-19 pandemic shut down the spring season just days after it started.

Miller had qualified for the CIF State track and field meet as a sophomore in 2019 and appeared ready to build off that performance in 2020.

“It was hard because I was looking so good, I went into the first meet and I was already at my (personal record),” Miller said. “It was really promising and then just didn’t happen, but I had one more season, so I just started over.”

Miller made up for the lost time as a senior, capturing four individual titles in the 2021 San Diego Section Division 1 Track and Field Championships.

“I think that the greatest thing I achieved this season was the all-time San Diego record,” Miller said. “That was the main thing that I wanted to achieve this season.”

Miller’s next jump will take her to Stanford University where she’ll compete in track and field for the Cardinal beginning next season.

Next step: Miller will compete in track and field at Stanford next season.