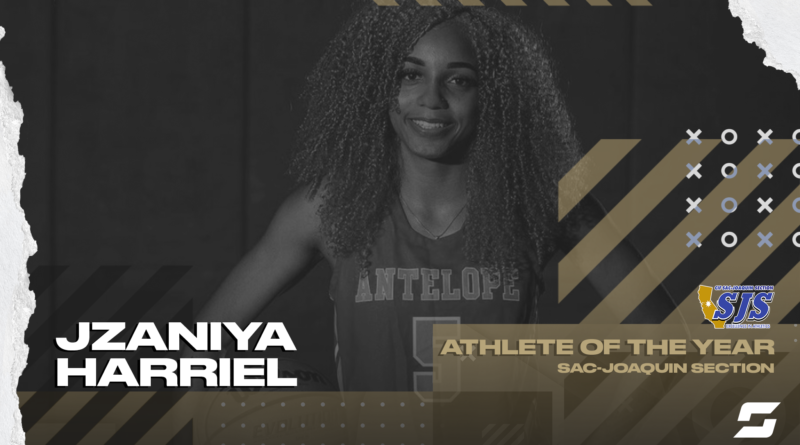 “At Antelope High School she’s the queen of basketball,” he said. “She’s the greatest that’s ever walked in that gym. In my 20 years coaching she’s the hardest working kid in the gym, the most talented kid in the gym and probably the most determined kid I’ve ever seen play basketball.”

“This year she looked like a college ready player physically, mentally and athletically,” Chambers said. “Her speed, strength and power have all gone ten levels up.”

In Antelope’s first game of the season Harriel scored 38 points. She averaged 29 points per game and led her team to a 9-1 record.

“There was a point when we didn’t think we were going to get anything at all so when we did get something we were grateful,” Harriel said about her abbreviated senior campaign.

Even though there were no playoffs, Harriell was confident that if there had been, she would have led the Titans to their third Section championship in four years.

“I’m pretty sure we would’ve won again,” she said.

Harriel will head off to Stanford next year, but she’ll have to return to her home gym at some point in the near future for a special ceremony.

“She will absolutely be enshrined on our Hall of Fame wall,” Chambers said.

Next step: Harriel will play basketball at Stanford next season.

Season highlights: Scored 38 points in the first game of the season against Roseville.