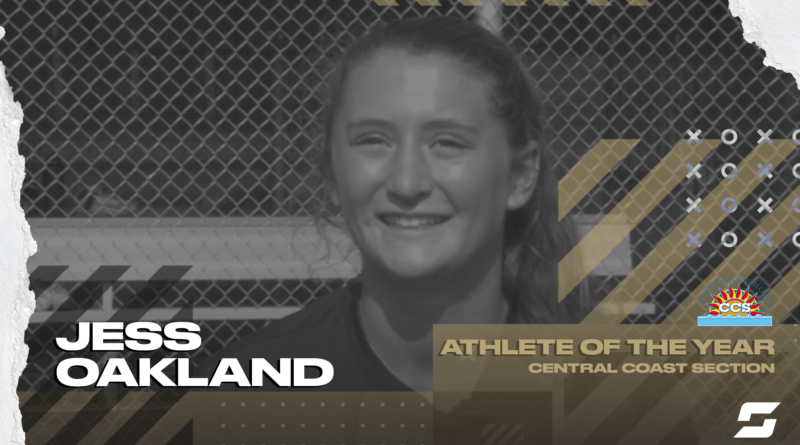 Jessica Oakland has been around St. Francis High School since she was two years old. Her father, Mike, was the baseball coach at the school before taking over as the softball coach in 2017, and for years Jessica would hang out and watch her dad’s teams.

Two years ago, Jessica began playing for her father. This year, everything clicked.

After a sophomore season that was derailed by COVID-19, Oakland was dominant this spring as a junior, racking up 52 hits and 55 RBIs to lead the Lancers to a 26-0 record and a CIF Central Coast Section Open Division championship.

“This was something I always hoped that her and I would share,” Mike said.

Jessica hit 19 home runs and started at shortstop for St. Francis this season, clearly establishing herself as the top softball player in the CCS – and one of the best in the state. For that, she has been named SBLive’s Central Coast Section Female Athlete of the Year.

“Representing St. Francis is really special considering how long I’ve been around it,” Jessica said.

She says she’ll remember the championship run for the rest of her life.

“Winning was was such an unbelievable feeling, something I’ve always dreamed of.”

Jessica also plays basketball at St. Francis and this spring she was a part of a Lancers squad that advanced to the Division 2 Central Coast Section championship game. But Jessica’s first love is softball – she’s committed to play at the University of Minnesota.

When Jessica eventually heads off to college after next season, Mike Oakland will stick around St. Francis to coach his younger daughter. But he has a plan to watch as many Minnesota softball games as possible.

“Fortunately for us we can buy the Big 10 Network channel, but of course I’ll try and get out there as much as I can and burn up those frequent flyer miles,” he said.

Next step: Oakland, a junior, is committed to the University of Minnesota for softball.