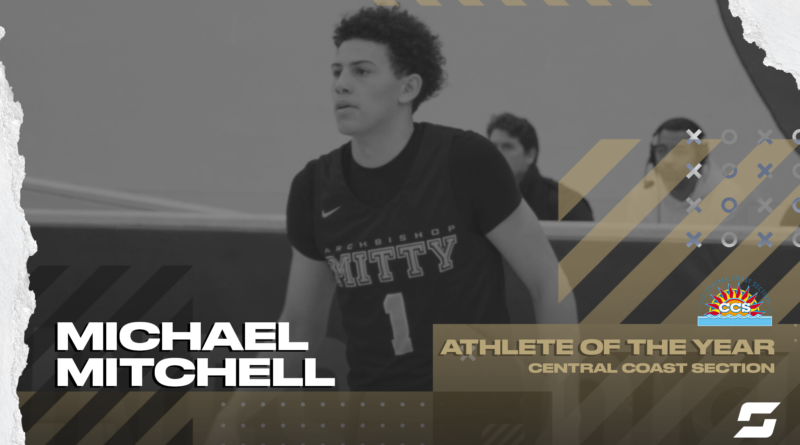 “It was always my dream to become Mitty’s point guard since I started going to games when I was six,” he said in a recent phone interview. Later in the conversation he admitted he was exploring all options during the elongated California high school sports shutdown. “I was thinking about transferring earlier in the year because I didn’t know if we were going to have a season,” he said.,

Mitchell ended up staying despite not being sure if he’d be able to play his senior year. Eventually the Monarchs got the green light and Mitchell was the best player on a team that went 17-1 and won a Central Coast Section Open Division championship.

“He’s going to go down as the best Mitty point guard that we’ve had,” Monarchs head coach Tim Kennedy said.

Mitchell averaged 14.7 points, 6.4 assists and 5.1 rebounds per game this past season. In the overtime CIF-CCS title game victory over Archbishop Riordan, Mitchell poured in 27 points.

“He has such an impact on the game on so many levels,” Kennedy said. “He just fills up a stat sheet and does all of the little things.”

Over the course of the longest offseason of his life, Mitchell still worked out six days a week and three times a day for a year straight with California in lockdown. All of that work ended up paying off.

“This season I felt like I was playing at my own pace for the first time ever,” he said. “Everything was just coming to me really slowly. The game was just kind of in slow motion.”

Next step: Mitchell will play basketball at Pepperdine next season.