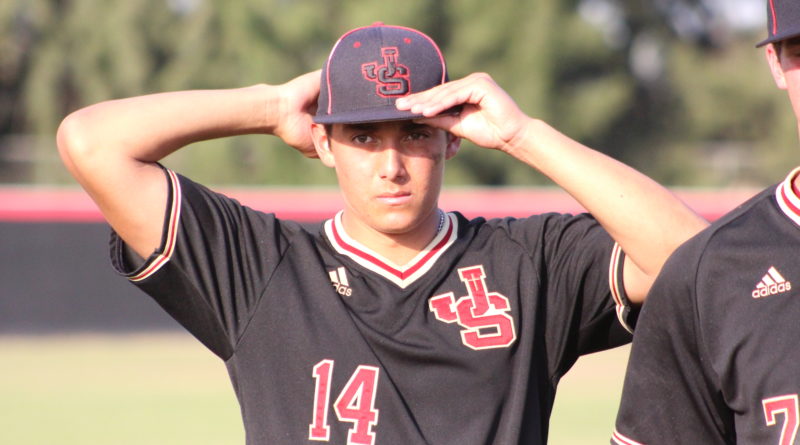 With the 2021 California high school baseball season in the books, it’s time to hand out some awards.

After covering dozens of games and talking to dozens of coaches across the state this spring, here are SBLive’s 2021 California High School Baseball All-State teams. The statewide teams span all 10 CIF Sections and include 17 first-team and 17 second-team selections. The teams were compiled by SBLive reporter Bodie DeSilva.

Jump’s low to mid 90s fastball and arsenal of off-speed pitches made him one of the state’s most dominant pitchers. The UCLA-signee started the season 7-0 with an ERA of 0.15.

Becerra saved his best for last, tossing a one-hit complete game shutout while striking out seven in Harvard-Westlake’s 3-0 win over JSerra in the Southern Section Division 1 Championship game. He’s signed with Cal.

Canada made 16 appearances for the Lancers this season finishing with a 7-0 record and an ERA of 1.39. The San Diego State-signee struck out 82 batters in 65.2 innings.

Silva threw a no-hitter against Santa Margarita in May and threw a complete game with 11 strikeouts against Ayala to help the Lions capture the Southern California D1 Regional Championship in his final high school game. He’s signed with UCLA.

Molina was excellent for the Mustangs throughout his senior season, tossing a no-hitter against Newport Harbor and a two-hitter against Sierra Canyon in the Southern Section playoffs. He’s signed with Texas Tech.

Joya has been dominant for the Pilots over each of the last four seasons, finishing with an ERA under two in each year. This season he went 7-1 with a 1.12 ERA and tossed a no-hitter against Poly (Sun Valley) on April 14. He’s headed to Cal State Fullerton.

Moore hit .535 this season while tallying 14 doubles, seven triples, and seven home runs and was named the Gatorade California Player of the Year. He’s committed to Stanford.

Gomez led the Foothillers high-powered offense this season. He hit .450 with 10 doubles and tied for the San Diego Section lead with 14 home runs.

Despite being pitched around all season (31 walks in 34 games), Mayer hit .392 with 14 home runs and stole 18 bases. Mayer has signed to play at USC but is ranked as ESPN.com’s top draft prospect for July’s MLB Draft.

Williams hit .495 with 11 home runs, 10 doubles and stole 34 bases. On the mound he struck out 26 batters while not allowing a run during his 15.1 innings in relief. He’s signed with Cal but has been projected as a first round pick in July’s MLB Draft by several publications.

Riggio paired up with Muncy to form the state’s best infield combo this season. He hit .377 with 12 home runs and drew a staggering 42 walks. He’s signed with Oklahoma State.

Schrier was named the Trinity League MVP and helped the Lions to the Southern California D1 Regional Championship. He’s signed with UCLA.

White hit .506 with 12 doubles, three home runs and only struck out four times in 108 plate appearances during the season. He’s headed to Long Beach State.

Butler posted some truly unbelievable numbers this season. He set the California high school record with his batting average of .741 while hitting 20 doubles and 15 home runs. He was also a perfect 32 of 32 stealing bases. Butler has signed with Cal Poly.

Vasiliou was 11-1 with a 1.74 ERA this season and was named the San Diego Section Pitcher of the Year. The UC Irvine-signee was among the state leaders with 101 strikeouts.

Granados was one of the top two-way players in the San Diego Section all season. On the mound he finished with a 6-2 record, an ERA of 0.98 and struck out 108 batters in only 57 innings. He’s signed with Cal State Northridge.

Patton was excellent all season for the Rams, making 14 appearances and finishing with a 6-3 record and an ERA of 1.17. The Long Beach State commit struck out 97 batters and only walked ten over his 71.2 innings.

Ontiveros was Villa Park’s workhorse on the mound. He finished with an 8-2 record and a 1.38 ERA. The Cal State Northridge-signee struck out 95 batters this season.

Noot delivers effortless low 90s fastballs and appears to be a name that should rise over the next year. He’s committed to Oregon.

Rodriguez led the Lancers in innings pitched this season and went 7-3 with a 1.53 ERA. He’s committed to TCU.

Saum played a big role in Thousand Oaks’ 29-1 season. He hit .388 with six home runs and has signed with Stanford.

Burke helped the Spartans to a 20-win season while batting .554 with six home runs. The University of Tennessee-signee only struck out three times all season.

Becerra hit two home runs and a double in the Central Section Championship game against Liberty. He’s signed with Stanford.

Coffey hit .479 with nine home runs this season to help lead the Patriots into the Central Section Championship game. He was committed to Arizona until the recent coaching change.

Gourson hit .426 with 13 doubles and eight home runs during his senior campaign. He’s signed with Arizona.

Rivera played a key role in the Knights powerful offense, hitting .473 with 12 doubles and 12 home runs. He recently decommitted from the University of San Diego.

Limited to hitting only this season, Jewett came up big for the Lions with home runs in both playoff games against Ayala. He’s signed with UCLA.

Scott had his 33-game hitting streak snapped in the playoffs, good for second all-time in the San Diego Section. He finished the year hitting .545 with 18 doubles and two home runs.

Badawi hit .393 for the season including 11 hits over his final five games. He’s signed with UC Riverside.

Trimble helped the Eagles win the Mountain League and grab a spot in the Central Section Division 2 Championship game. He hit .397 with eight home runs and has signed to play at UC Santa Barbara.