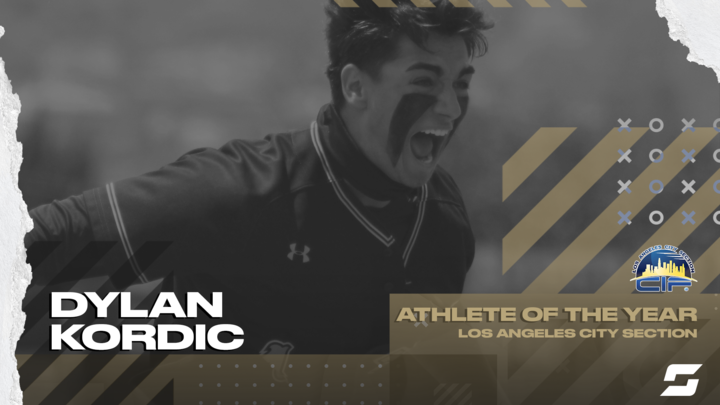 The Los Angeles Unified School District only allowed athletes to play one sport at a time beginning in March due to COVID-19 and that meant Kordic, last year’s starting quarterback for San Pedro, had to choose between football and baseball.

“Dylan was put in a really tough position of having to decide,” Pirates baseball coach Steve Tedesco said. “In my opinion he should have been allowed to do both because he’s that special of an athlete. But once he made the choice, we were damn glad to have him back.”

With Kordic in the fold, the San Pedro baseball team had a chance to do something special in 2021 – and that’s exactly what happened.

“We were saving him for this game,” Tedesco said of Kordic after the championship. “We wanted to keep that ace up our sleeve the whole time because we knew he was the guy we wanted to have the ball in his hand with the game on the line.”

The championship save was only Kordic’s second pitching appearance on the mound as a senior. This past spring, he did most of his damage at the plate. Kordic hit fourth in the Pirates order and batted .500 in 21 games. He had 31 hits, 28 RBIs and two home runs on the season. For that, he’s been named SBLive’s Los Angeles City Section Male Athlete of the Year.

Next step: Kordic will play baseball at Golden West College and study business.