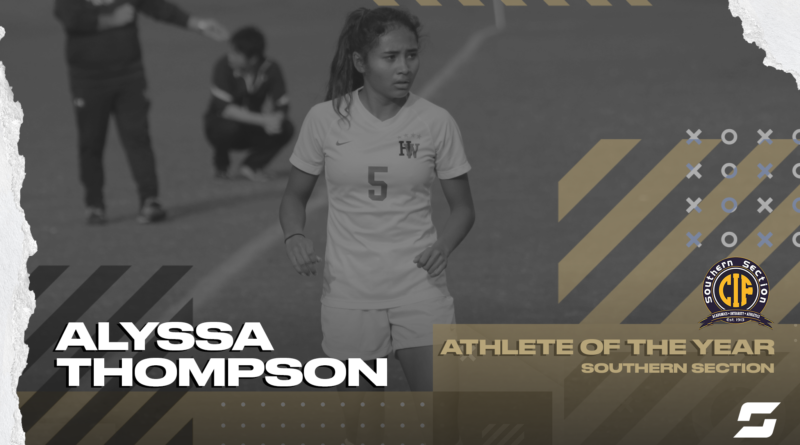 Alyssa Thompson put together one of the best seasons in the history of U.S. high school girls soccer this spring. And she’s only a sophomore.

Thompson scored 48 goals in 18 games and led the Harvard-Westlake girls soccer team to Division 1 Southern Section and CIF State Regional championships. For that, she has been named SBLive’s Southern Section Female Athlete of the Year.

Thompson performed so well this season that she was named the Gatorade National Soccer Player of the Year. She is only the second sophomore to earn the honor.

“I wouldn’t have been able to do this without my teammates,” Thompson said. “Especially my sister Gisele. She really helped get a lot of those assists.”

For the most part, Harvard-Westlake rolled through their flawless 18-0 season. The Wolverines had two 1-0 wins to go along with 16 blowouts. In their two championship matches, Harvard-Westlake won by a combined score of 11-1 with Thompson scoring seven goals.

Thompson also runs track and finished this spring with the 25th best time in the state in the 200-meter sprint. She ran it in a wind legal 24.71 seconds.

Next step: Currently committed to Stanford for women’s soccer.