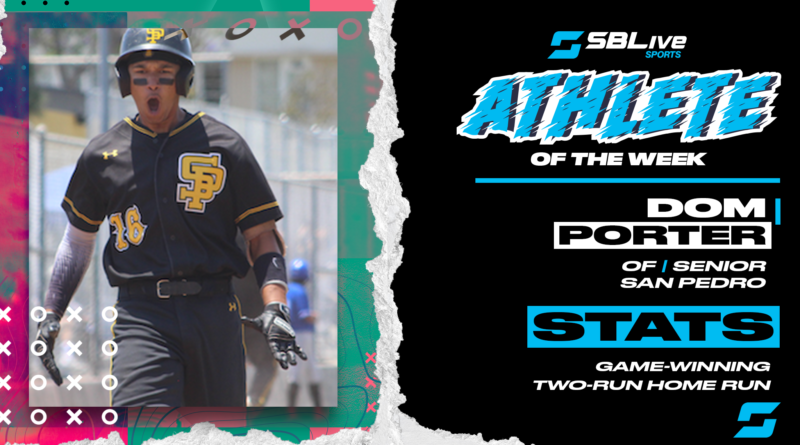 Congratulations to San Pedro OF Dom Porter for being voted SBLive’s Southern California High School Athlete of the Week for June 14-20!

The senior hit a game-winning two-run home run to lead San Pedro to the City Section Open Division Championship with a 7-6 win over El Camino Real.

Porter ran away with this week’s honor, receiving 70.01% of the total vote.

Aysha Shaheed, Madison Track and Field: Shaheed ran an 11.61 in the 100m to become state leader and ran the 200m in 24.14, the second fastest time in California this year.