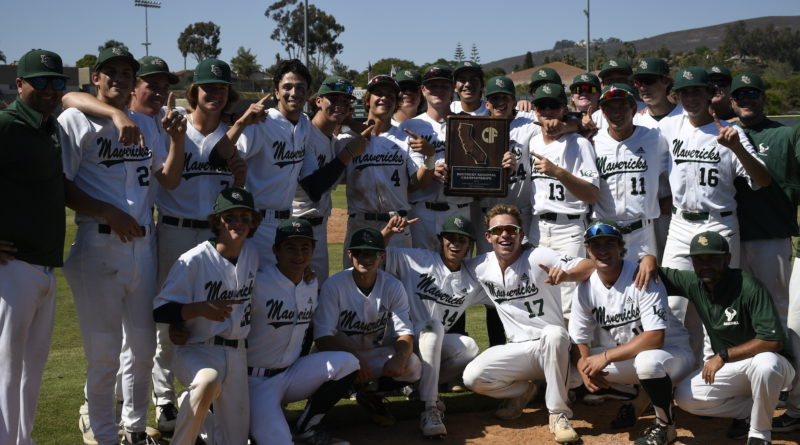 CARLSBAD, CALIF. — It took nine innings on Saturday to decide a winner in the Southern California Division 2 Regional Baseball Championship game between fourth-seeded La Costa Canyon and seventh-seeded Millikan, before the Mavericks were able to come out on top with a 1-0 victory. The game featured a pitcher’s duel between La Costa Canyon senior right-hander Carson Quinn and Millikan’s junior left-hander Myles Patton. The two worked themselves out of trouble throughout the game, sending it into the ninth inning scoreless. After La Costa Canyon reliever Justin Grossman allowed a double and single to start the inning, head coach Justin Machado went to senior Cooper Dulich, moving him from shortstop to the mound. Dulich worked out of trouble, striking out the first batter, getting the second to pop out, before intentionally walking Millikan leadoff batter Bilal Ali to load the bases. He followed it up by getting Cameron Sims to ground out and keep the game knotted at zero.

Brennen Davis led off the bottom of the ninth inning for the Mavericks and found himself on second base after his ground ball to second base was thrown over the first baseman’s head and into the Maverick dugout. The Rams intentionally walked Jake Woltman, bringing senior outfielder Mark Prince to the plate. Prince delivered with a rocket down the left field line, scoring pinch runner Jack Maes, to give the Mavericks the walk-off win and give Prince his third walk-off winner in the last five games.

Check out the photos from the game below.