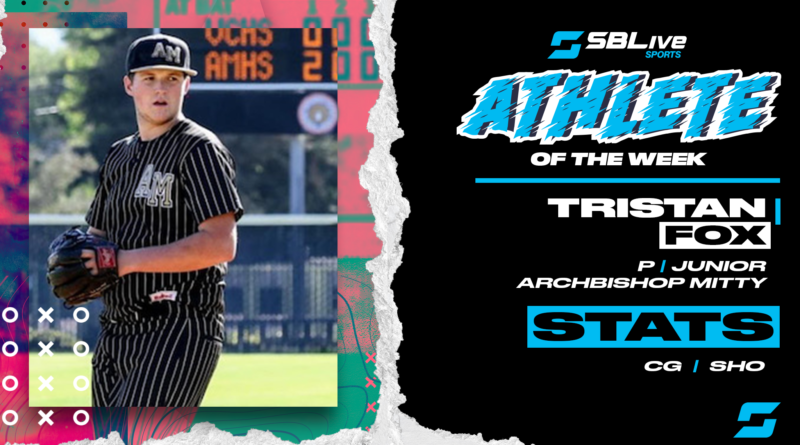 In the Monarchs’ only game last week, the junior threw a complete game shutout in a playoff win against Serra.

Brandon Bento-Jackson, Arcata boys basketball: Bento-Jackson helped lead Arcata to a 2-0 week averaging 20 points, 4.5 rebounds, and two assists per game, including a perfect 8-8 night from three in a win against McKinleyville.

Jaz Hsiao, Saint Francis (Mountain View) softball: Hsiao was also unstoppable at the plate for the Lancers, going 5-9 hitting nothing but home runs, and finishing with 10 RBIs in three games.

Christal Lopez, Buchanan softball: Buchanan won both its playoff games last week thanks to complete game shutouts in both from Lopez, who only allowed six total hits. She also batted 3-6.

Ritter Amsbaugh, Palo Alto baseball: Amsbaugh led the Vikings to an 8-0 playoff win against Saint Francis in their only game last week, throwing a complete game shutout and hitting 2-3 with a walk, a homer, four RBIs, and two runs scored.

Gabriel Barrett, Mountain View baseball: In Mountain View’s nine-inning 3-2 playoff win against Pioneer, Barrett went the distance on the mound, striking out 12 and not allowing any runs until the ninth. He also went 1-3 with an RBI.