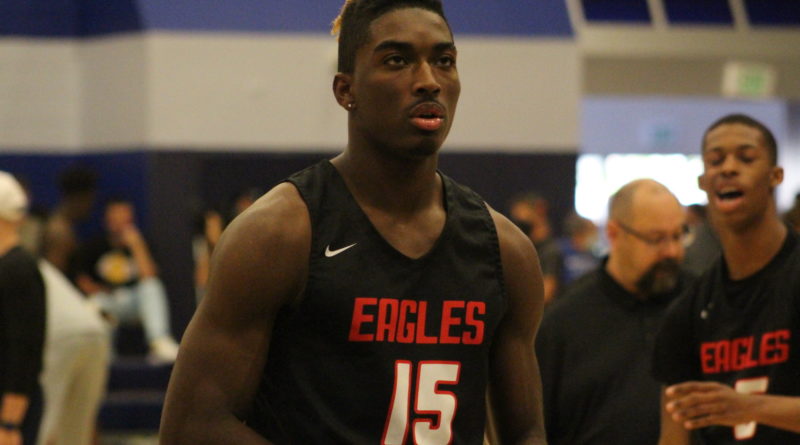 CHATSWORTH — Etiwanda had lost the last four postseason games they played against Sierra Canyon heading into Thursday night’s CIF State Open Division semifinal, so what did Eagles head coach Dave Kleckner tell his team to do differently this time around?

“Absolutely nothing,” he said postgame.

Well the plan worked. Etiwanda seniors Jahmai Mashack and Marcus Green each scored 20 points to push the Eagles over the hump to beat Sierra Canyon 82-76.

“I don’t feel like there was any difference with the way we played tonight,” Mashack said. “We played together just like we have all four years.”

What was key for Etiwanda was limiting turnovers and hitting free throws, two areas the Eagles have struggled in in past playoff losses to Sierra Canyon like in last year’s CIF State Southern regional championship and this year’s Southern Section Open Division pool play game. In both of those defeats, the Eagles led with under two minutes to play, but couldn’t hold on.

Mashack attempted 13 free throws in the second half on Thursday night and made eight. Etiwanda led for the vast majority of the game and the late made foul shots helped keep Sierra Canyon at bay.

“Breathing helps,” Mashack said when asked how he managed to knock down free throws in the final two quarters. “Concentration. The power of positive thinking. All of that goes into making free throws.”

Etiwanda led 36-31 at halftime and 61-57 after three quarters. With 5:12 to play, the Trailblazers cut the Eagles lead to one, but from there Etiwanda went on a 7-1 run and Sierra Canyon couldn’t keep up.

“Our kids competed and played really hard,” Kleckner said. “That was just like last time and that’s why I told them in my pregame speech, ‘guys, let’s just go out and do what we did last time, but let’s do it better.'”

For Sierra Canyon, Amari Bailey scored 37 points but received little offensive support, especially in the fourth quarter. Ryan Grande and Bronny James each hit threes in the last frame and Malik Rasul hit a free throw, but those were the only points Sierra Canyon got outside of Bailey’s 12. Trailblazers junior Shy Odom didn’t play in the second half due to a knee injury.

It will be Etiwanda against Torrey Pines in San Diego on Saturday to determine the CIF State Southern Regional Open Division champion.

Winning the crown “would mean everything,” Mashack said.