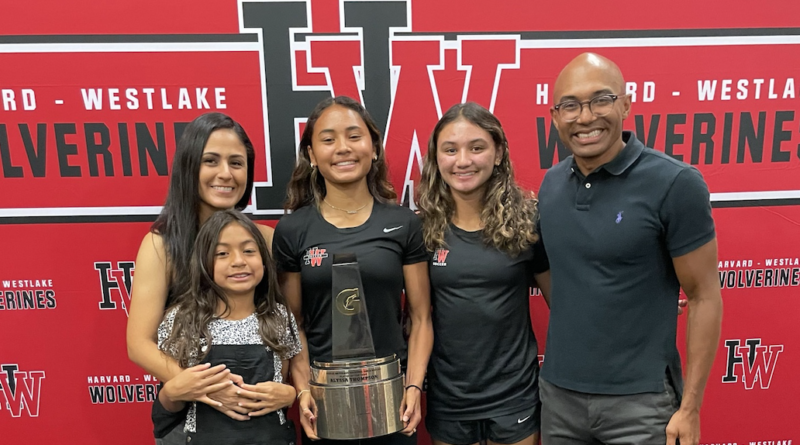 STUDIO CITY, CALIF. — Harvard-Westlake sophomore Alyssa Thompson was named the Gatorade National Soccer Player of the Year on Thursday. She beat out nearly half a million other student-athletes who play girls soccer nationwide and is the second ever sophomore to win the award.

“This is truly an honor,” Thompson said.

“I wouldn’t have been able to do this without my teammates,” she said. “Especially my sister Gisele. She really helped get a lot of those assists.”

Thompson credits her hard work during the COVID-19 pandemic, when high school sports were at a complete standstill in California, for leading to the Gatorade honor.

“I never stopped training,” she said. “My two sisters and my dad would go to fields and keep working. We worked on our fitness and lifted weights twice a week. We did everything we could to stay on top of our game. That helped a lot.”

“Winning this is insane to me,” Thompson said.

Thompson has represented the United States at the Under-18 level. She’s committed to play soccer at Stanford.