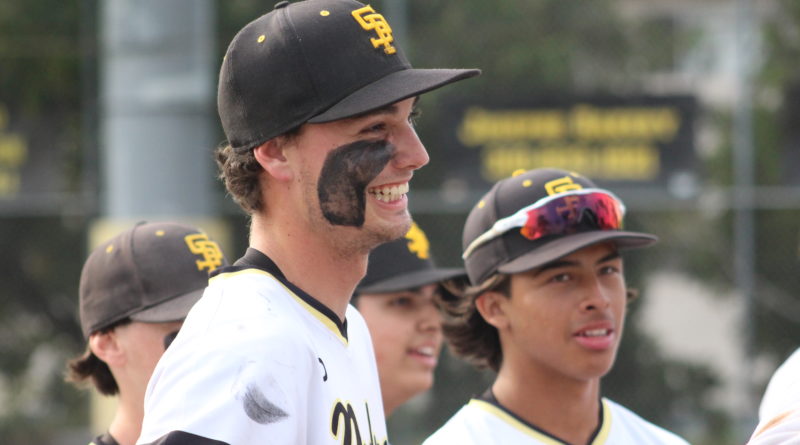 And on Wednesday, Geiss lived up to that praise tossing seven shutout innings and striking out five hitters to lead the Pirates to a 7-0 win over Birmingham in the LA City Section Open Division semifinals.

“I put him up there for the best pitcher in the City this year,” Tedesco said of Geiss, who moved to 8-0 on the season with the win. He has an ERA under two.

Geiss was sharp on the mound and the middle of the San Pedro batting order gave him plenty of support.

With two outs in the bottom of the third inning, San Pedro senior outfielder Jake Harper dropped down a bunt for a single. Senior catcher Mikey Brucelas followed that up with an RBI double to give the Pirates a 2-0 lead. The next batter, senior third baseman Dylan Kordic, continued the two out rally with an RBI single and then senior left fielder Dom Porter brought Kordic home with an RBI single of his own.

“That was super important for us,” Tedesco said. “Whether it’s no one out, one out or two outs, we emphasize just focusing on the pitch. It’s all about staying in the moment, talking a deep breath and executing. We did a great job of that today.”

Before COVID-19 shut high school sports down a year ago, Birmingham had won the last three upper Division baseball titles in the City Section. On Wednesday, the Pirates ended the Patriots reign.

“It’s tough to knock off the champs,” Tedesco said. “We really had to bring it.”

San Pedro will face El Camino Real in the championship on Saturday at home.