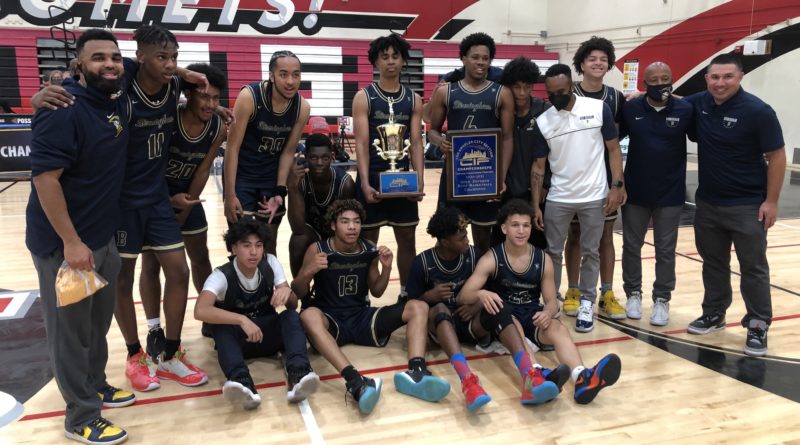 “That don’t matter,” he said when he was asked how intimidating it was to play in a Westchester gym with so many banners. “I put one up in my school.”

Birmingham led comfortably for the majority of the game. They were up 57-43 after three quarters, but in the fourth Westchester fought back and got within four points of the Patriots with 12.7 seconds to play.

“You just knew that they were going to come back and make a game of it,” Birmingham head coach Nick Halic said. “I’m just proud of how we hung on.”

Elliott, a Loyola Marymount signee, hit his final four free throws to see the game out in the last minute.

“I know I put in the work to knock them down,” Elliott said. “I put in countless hours and I just knocked them down.”

Birmingham senior James Nobles finished with 16 points in the win. He scored 13 in the second quarter. TJ Wainwright paced Westchester with 29 points.